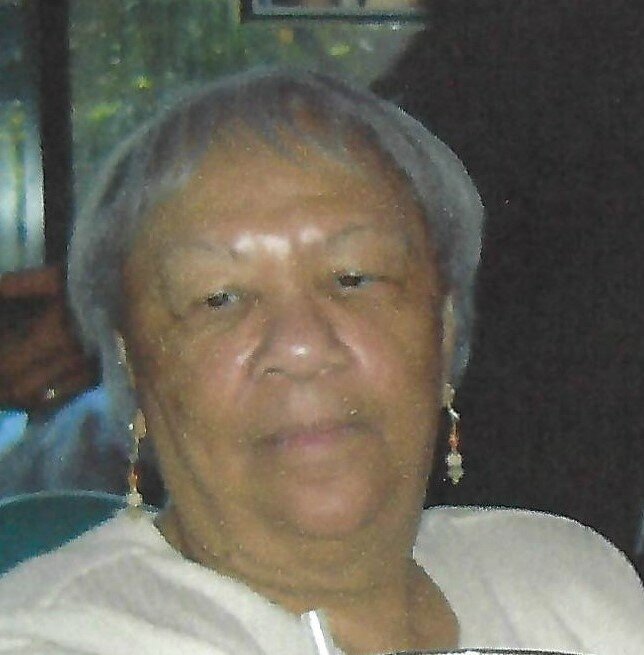 Please share a memory of Bessie to include in a keepsake book for family and friends.
View Tribute Book

Bessie Mae Washington was born in Charlotte, North Carolina on May 18, 1936.   She was the daughter of Willie Washington and Ruth (Jenkins) Washington. As a teen, Bessie lived in Baltimore, Maryland where she graduated from High School. She traveled to New York as a young adult before finally settling in Detroit, Michigan in 1977 where she had come to care for her stepmother. Bessie spent much of her life tending to others.

An avid fan of author John le Carré, Bessie loved the intrigue of a good spy novel. She also immensely enjoyed the German food her daughter in-law, a Deutschland native, prepared. More than anything else, Bessie loved spending time with her grandchildren. She was very proud of each and every one of them. She cherished her memories of babysitting her granddaughter, Danea, many years ago when visiting her son Bernard, and she enjoyed talking with her grandchildren Tracey Jr. and Erica on the phone, often teasing her granddaughter, Erica, for moving so far away from the family. While spending time with her grandchildren, Julian and Justine, she often encouraged them to “say something in German”.

Bessie was known for even-keel, mild-mannered, level-headedness.   She was quiet and reserved.   No matter the situation, Bessie, seemed to be understanding, even if things didn’t work out the way she had originally expected.  She was simply the nicest person, not one to pass judgement on anyone.

Bessie Mae Gambrill, age 86, of Detroit, Michigan, passed away peacefully at ProMedica Skilled Nursing and Rehabilitation in Monroe, Michigan on Thursday; July 7, 2022.   Her passing was preceded by her parents; her first husband: William Burke; her second husband: Mr. Gambrill; her stepmother: Daisy Mae Faulkner whom she moved to Michigan to care for; a sister: Virga Mae Washington; and a neighbor whom she loved as a sister: Betty Wakefield.

Share Your Memory of
Bessie
Upload Your Memory View All Memories
Be the first to upload a memory!
Share A Memory