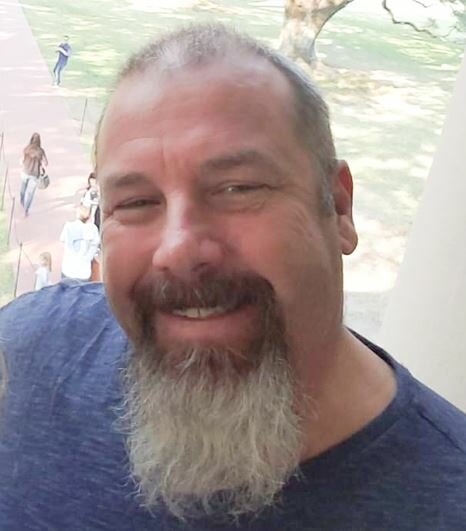 Please share a memory of Jeffrey to include in a keepsake book for family and friends.
View Tribute Book

Jeffrey David Kunz was born on August 1, 1968 in Wayne, Michigan.  He was one of three children from the union of John Kunz and Marlene (Albert) Kunz.  Jeff attended Northville High School in Northville, Michigan graduating with the class of 1986.

Jeff’s love for mechanics directed him to a career path in aviation mechanics.   He was currently employed for USAJet Airlines out of Willow Run Airport for the past thirty-three years as an A & P Mechanic.   Due to his hard work, dedication, and certainly the respect of his fellow employees he rose to the position of Senior Advisor.   Most recently, the company dedicated a plane in Jeff’s honor called “The Spirit of Ascent”.

On November 26, 2011 at the Henry Ford Museum in Dearborn, Michigan, Jeff, would marry the love of his life:  Monique Nelson.   With close family and friends in attendance, the couple had an awe-inspiring wedding ceremony with their first dance as husband and wife taking place under the wing of a DC-3 Airplane.   What a remarkably fitting backdrop for a man who had devoted his professional life to aviation!

Outside of work, Jeff’s, first and number one love was hockey, a hobby he shared with his father. He started playing when he was 3 years old and enjoyed every facet of the game continuing to play throughout his adult life.  Jeff’s favorite player on the ice was Detroit’s own Bad Boy, Bob Probert.   Opposing players often recognized Jeff’s play to be reminiscent of his favorite player “Probie”, as he was like a wall when they ran into him.

Jeffrey David Kunz, age 53, of Plymouth, Michigan passed away on Friday; July 1, 2022 at St. Joseph Mercy Hospital in Superior Township, Michigan after a courageous battle with kidney cancer.   His loving family was by his side.   His passing was preceded by his father:  John Kunz; father-in-law:  Chris Nelson; and brother in-law:  Brian Coleman.

In lieu of flowers memorials are suggested to the Kunz Hockey Scholarship, a fund being established to benefit under privileged youth hockey players. Donations can be sent to venmo:  @Monique_Nelson or to paypal: @moniquenelson.

To send flowers to the family or plant a tree in memory of Jeffrey Kunz, please visit Tribute Store
Saturday
9
July