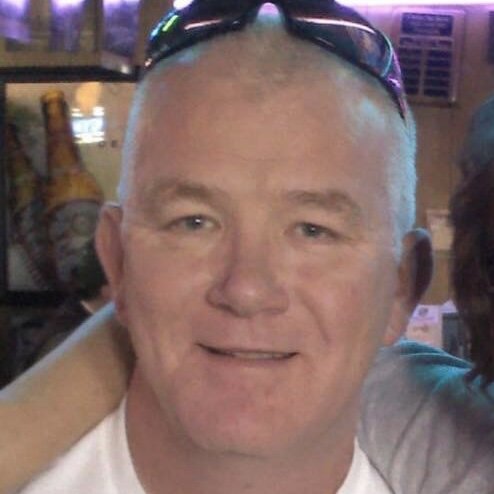 Please share a memory of Donald to include in a keepsake book for family and friends.
View Tribute Book

Donald Frederick Elmer was born to Kathryn Kay (Schmidt) Johnson at Memorial Hospital in Monroe, Michigan on May 30, 1964.  Don attended Jefferson Schools graduating with the Class of 1983.   As a young boy he slept in his room in a blow-up dinghy, so it truly became no surprise that he would enlist in the United States Navy when he was able.

Entering active duty in 1984 and proudly serving his country, Donald, rose through the ranks to achieve Senior Chief.   He was an always punctual hard-worker, and well-respected by his fellow Sailors.   Don completed two WEST PAC tours traveling throughout the world.   He was educated in the Naval Technical Schools and had a First Class Power Engineers License.   Don went from E-1 to E-8 in his twenty years, impressively achieving each grade many times on his first try.   Known for his no nonsense attitude he trained junior and senior Navy personnel throughout his career.   He was even selected as Sailor of the Quarter and Sailor of the Year for his first ship and squadron.   Don retired from active duty in December of 2004 as Engineman Senior Chief (ENCS).   For the past six years, Donald, was employed as a contractor for Consumers Energy.   He was a member of the National Institute of Uniformed Licensing of Power Engineers, (NIULPE) and the National Rifle Association.

Donald married the love of his life the former Kelly Jean Kocsis in Honolulu, Hawaii on March 27, 1987.  The couple enjoyed travel and boating with much time spent on the Great Lakes.   They also enjoyed camping, although it was more like “glamping” since they had a class A motorhome.  He loved Jimmy Buffet

Donald could be a crabby pants, but he had a heart of gold.   He was quite funny with a peculiar sense of humor.   He proudly served as a father figure to his niece Shannon.

Donald F. Elmer, age 57, of Petersburg passed away at home unexpectedly on Saturday; April 30, 2022.   His passing was preceded by his mother:  Kathryn; many aunts and uncles; and other close family members.

Friends may gather from 12:00pm until 4:00pm on Sunday; May 8, 2022 at Merkle Funeral Service, North Monroe; 2442 North Monroe Street, Monroe, Michigan 48162 (734) 384-5185.  A Celebration of His Life will follow at 4:00pm also at Merkle’s with Pastor Roy Southerland officiating.   Military honors will be provided under the auspices of Monroe Veterans of Foreign Wars Post 1138.   Cremation will take place through Covenant Cremation of Erie.

In lieu of flowers memorials are suggested to Wounded Warriors Project or Tunnel to Towers.   Online guests may leave words of inspiration and comfort or share a photo by visiting www.merklefs.com.

To send flowers to the family or plant a tree in memory of Donald Elmer, please visit Tribute Store
Sunday
8
May