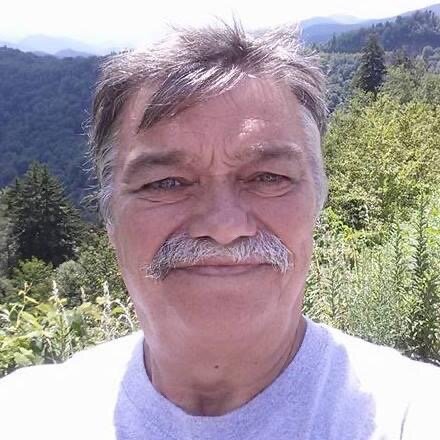 Please share a memory of Rick to include in a keepsake book for family and friends.
View Tribute Book

Richard A. Sonak was born on February 10, 1954 in Monroe, Michigan. He was the eldest of six children born to Raymond and Joyce (Suydam) Sonak. Rick graduated from Jefferson High School with the Class of 1973. He later attended business classes at Monroe County Community College.

Rick was a member of the UA Plumbers and Pipefitters Union Local 671 in Monroe for thirty-two years before retiring in 2014. He also maintained his own business, R.A. Sonak Builders, which specialized in installing swimming pools, building additions, and roofing. Rick’s work afforded him the opportunity to work all over the country and he often brought his sons along to visit different states.

The Sonak family regularly camped at Pokagon State Park in Angola, Indiana. A loving grandfather, Rick was brave enough to pack up the grandchildren and take them to Cedar Point Amusement Park and down South to Tennessee. They ventured as far as Florida with Rick always at the helm of their caravan as the designated driver.

Rick enjoyed hunting deer and small game. He also loved casting a line off his boat in Lake Erie and Wampler’s Lake. Although he was often a successful hunter and fisherman, it was always best if Rick left the cooking up to someone else as he famously burned dinner beyond recognition more than once. Rick could often be seen driving his Artic Cat UTV around his home. Much to the surprise of his wife, he established a chicken and duck coop in their yard. Rick enjoyed taking care of the birds and collecting the fresh eggs they produced. A talented handyman and mechanic, his family and friends often relied on Rick for a helping hand and he was always happy to oblige. Rick was very talkative and friendly, never having met a stranger. He would tell a story to anyone who would listen.

Richard A. Sonak, age 68, of Monroe, Michigan passed away peacefully at home on Tuesday; April 12, 2022. His passing was preceded by his father: Raymond Sonak; a half-brother: David Hilton; and his mother-in-law: Judy Mae Bussell.

To send flowers to the family or plant a tree in memory of Rick Sonak, please visit Tribute Store
Monday
18
April

Celebration of Life for Richard Sonak