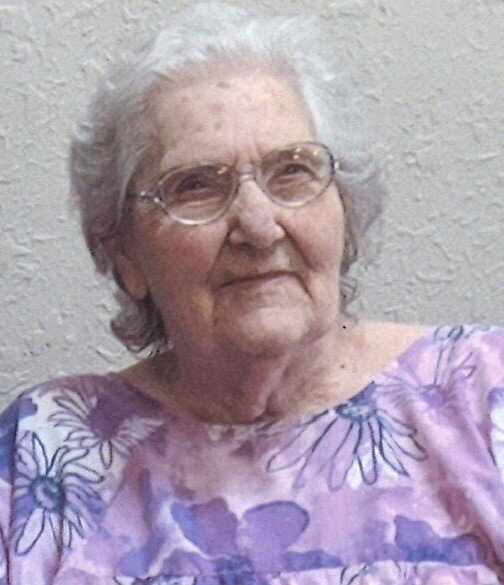 Charlotte Madeline Kleinert was born in Dundee, Michigan on October 31, 1928.   She was the daughter of Kenneth Kleinert and Florence (Beauch) Kleinert.   She attended Dundee High School although she left before graduation to take a position as a Telephone Operator to help support her family.

Char married Henry Allen Morrison on July 20, 1946.   She would be blessed with eight children of her own.   For nearly thirty years, Charlotte, was employed by Wolverine Plastics in various capacities.   The family worshipped at Dundee United Methodist Church.

She would meet Marshall “Sleepy” John Snyder on the CB radio.   Following her marriage to Marshall they would make their home in Vassar from 1979 until his passing in 2006.   Char traveled the country with "Sleepy" as he drove truck.   While living in Northern Michigan she was active with the Polish Club of Caro where she often worked the bingo.  She was past president of the Vassar Eagles, a member of the Golden Years Club, and the Rebekahs.

Family was most important to Char.   She was certainly the biggest advocate for her own kids if they were to find mischief, but the children knew not to cross mom.   She enjoyed decorating her home for Christmas and making cookies was a family tradition.  A gifted seamstress she made clothing for herself and her children.   She had also created more than 100 beautiful quilts throughout her life.   Char loved to play Nintendo with her children and yahtze with her grandchildren who lovingly called her grandma nightgown until the wee hours of the morning.   She enjoyed Andy Griffin and John Wayne.

She was a member of the Dundee Veterans of Foreign Wars Auxillary.   She loved to play bingo and visit the casinos.   For many years she was an excellent bowler traveling often for league play.   She will be remembered for her sense of humor, love of fried morel mushroom sandwiches, and especially for her avid doll collection.

Friends may gather from 11:00am until 3:00pm on Tuesday; February 1, 2022 at Merkle Funeral Service, Dundee; 297 Tecumseh Street, Dundee, Michigan 48131 (734) 529-3156.   A Funeral Service will take place at 3:00pm also at Merkle’s with Pastor Brad Luck of Dundee United Methodist Church officiating.   Procession will follow to Maple Grove Cemetery in Dundee for burial.

To send flowers to the family or plant a tree in memory of Charlotte Snyder, please visit Tribute Store
Tuesday
1
February