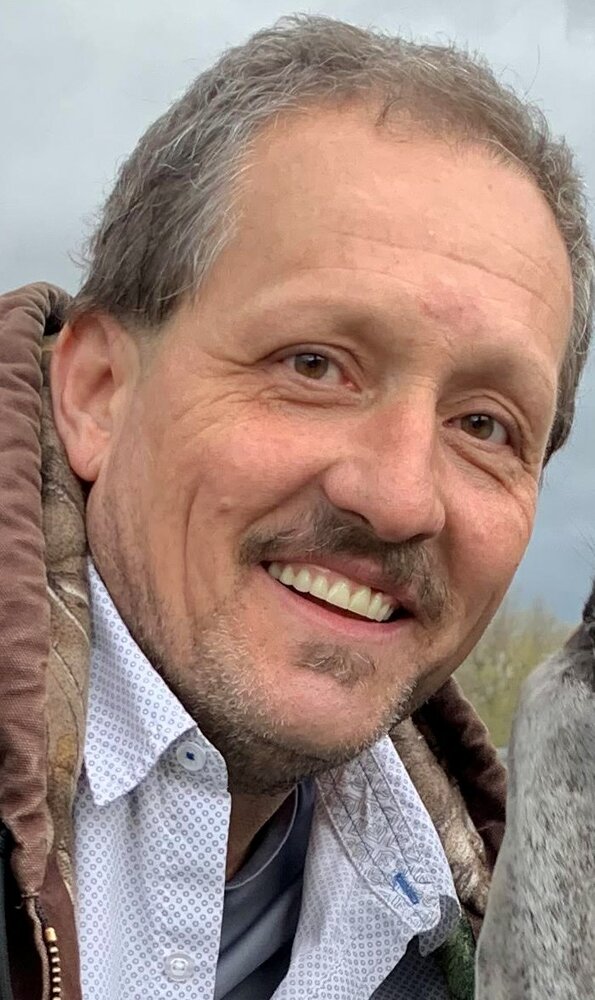 Ronald DeWayne Henderson was born on October 20, 1966, in Monroe, Michigan. He was one of four children born from the union of Robert Henderson and Bonnie (Davis) Henderson, Sr. Ron would attend Monroe Public Schools and graduate with the Class of 1984 from Monroe High School.   He then continued his education taking several college courses before settling in a career as a chef.   Ron was well-known for his passion for food.   He loved to cook, but when he wasn’t cooking, he would be eating!

An avid football fan, Ronald relished in watching Saturday college football games. He especially rooted for and proudly wore the maize and blue to represent the University of Michigan Wolverines.

As a young boy, Ronald looked forward to attending the Monroe County Fair, in particular, he was excited about being a participant in the demolition derby.   He enjoyed being outdoors, and never missed an opportunity to cast a line into Bolles Harbor or at the Elm Street Marina, with his friends and family.   In the springtime, Ronald, used his green thumb to cultivate his flower garden.   He loved the enhanced beauty brought to his landscape by his two favorite flowers, gladiolus, and white lilies.

Ronald DeWayne Henderson, age 55, of Monroe passed away at 11:32pm on Saturday; November 13, 2021, at ProMedica Monroe Regional Hospital.   His passing was preceded by his father; one brother: Robert Henderson, Jr.; one sister: Mindy Henderson; and grandparents: James and Myrtle David.

Friends may gather on Thursday; November 18, 2021, from 10:30am until the time of a Celebration of His Life at 12:30pm at Merkle Funeral Service, North Monroe; 2442 North Monroe Street, Monroe, Michigan 48162 (734) 384-5185.   Reverend Alfred Whittaker pastor of Victory Temple Church in Erie will officiate.   Procession will follow to St. Joseph Cemetery in Monroe for burial.

To send flowers to the family or plant a tree in memory of Ronald Henderson, please visit Tribute Store
Thursday
18
November

Celebration of Life for Ronald Henderson

Contribute by sharing this page