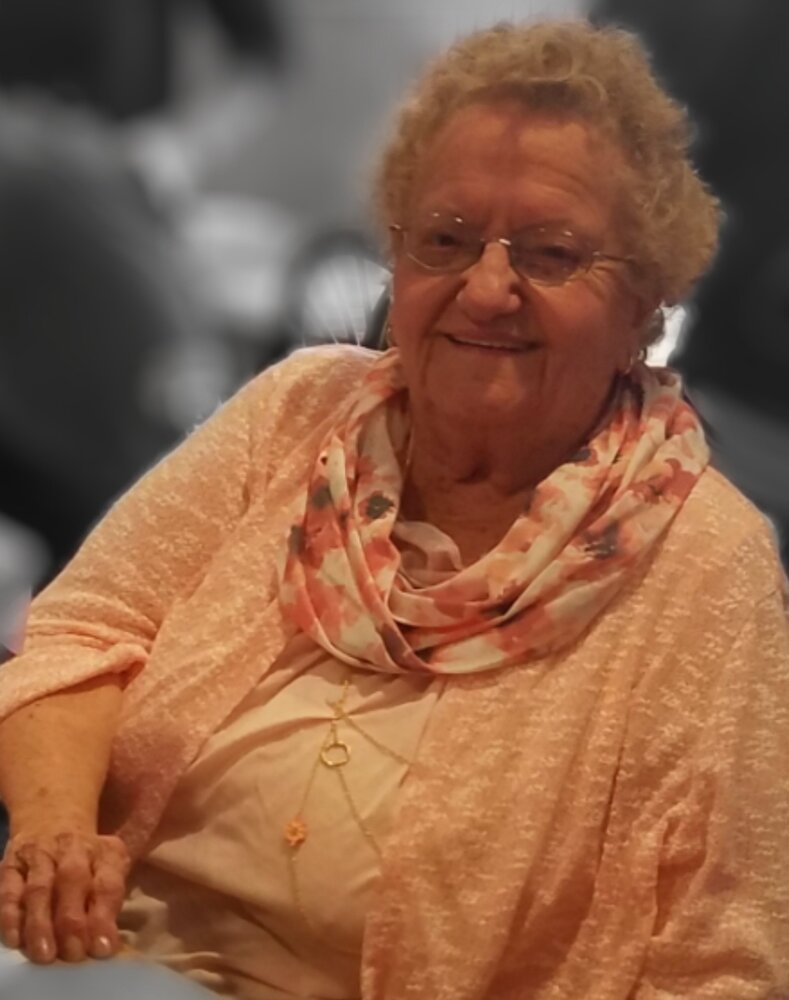 Esther Edna Winter was born at home in Dundee, Michigan nearly a century ago on March 6, 1922. She was one of two children and the only daughter born to the union of Joseph and Minnie (Fick) Winter. Esther graduated from Summerfield High School with the Class of 1939. During WWII she worked in the Willow Run Bomber Plant as a “Rosie the Riveter”. On April 24, 1946 she wed Howard Martin Sommers. The couple enjoyed fifty-five years of marriage and were blessed with a daughter. Esther was employed as a secretary at Purolator for more than thirty years before retiring in 1984.

Esther was a talented basketball player in high school. Her team once won a game in which she singlehandedly scored every point. Her senior year, she was voted Female Athlete of The Year. She never missed attending her grandchildren’s sporting events and treated each one to a special outing for their birthdays. Esther cultivated a large vegetable garden every season and canned much of her harvest. Her family especially enjoyed Esther’s homemade pickles. She also collected and preserved black walnuts found in her yard. Esther and her husband enjoyed fishing on the lake behind their home and floating around Lake Erie on their boat. The pair loved to travel together. “Snowbirds”, they spent their winters in Dundee, Florida and had a memorable trip out West to Las Vegas, Nevada. A quiet person, Esther often relaxed with a Suduko puzzle or crochet needle in hand.

Esther Edna Sommers, age 99, of Brooklyn, Michigan passed away peacefully surrounded by her family on Wednesday; October 27, 2021. In addition to her parents, her passing was preceded by her husband: Howard in 2000; a brother: Melvin Winter; a sister in-law: Gertrude Winter; and an infant granddaughter: Vikki Houpt.

Friends may gather on Tuesday; November 2, 2021 from 11:00am until 1:00pm at Merkle Funeral Service, Dundee; 297 Tecumseh Street, Dundee, Michigan 48131 (734) 529-3156.   A Celebration of Her Life will follow at 1:00pm also at Merkle’s with Pastor Mark Flory of St. Peter Lutheran Church in Petersburg officiating.   The family does request that face coverings be worn at all times during services.   Procession will then follow to Pleasantview Cemetery, for burial.

To send flowers to the family or plant a tree in memory of Esther Sommers, please visit Tribute Store
Tuesday
2
November

Celebration of Life for Esther Sommers