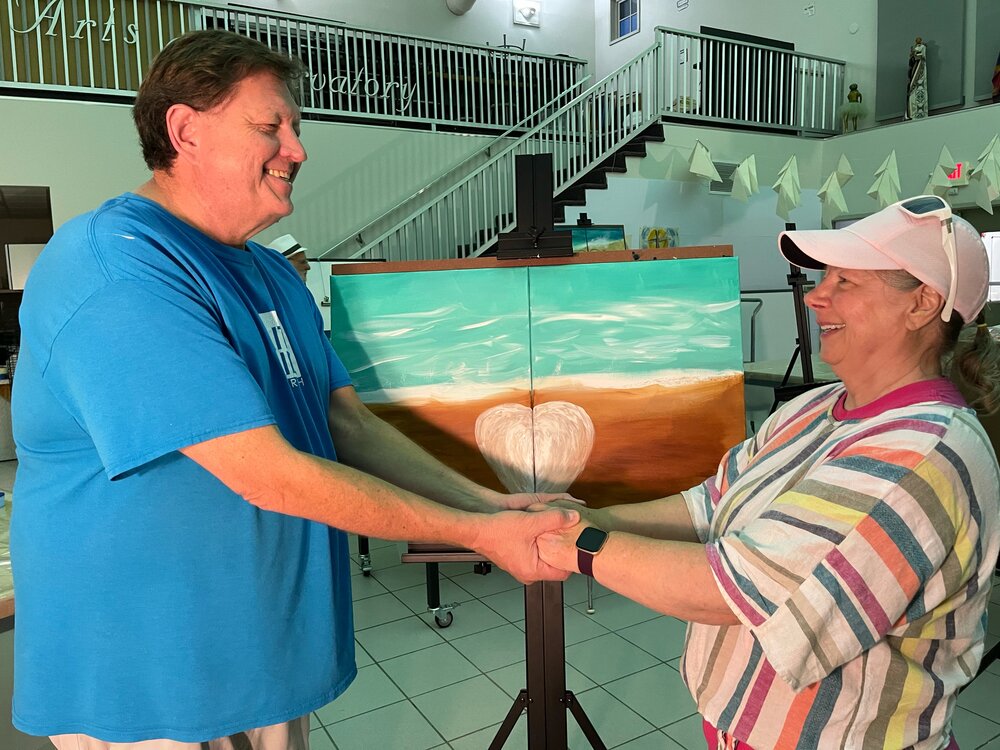 Scott Wayne Loper was born on January 3, 1960 in Standish, Michigan. He was one of four children born to the union of Gerald and Shirley (Haas) Loper. In 1982 Scott graduated from Michigan Technological University in Houghton, Michigan with a Bachelor of Science Degree in Chemistry. Scott was employed at Dupont and Axalta chemical companies for a combined twenty-eight years.

On November 26, 1983 Scott wed the former Carol Ann Rainney at Huron Valley Baptist Church in Highland, Michigan. The couple, who met in college, enjoyed thirty-eight years of marriage, and were blessed with a son and a daughter. When Scott began dating Carol, he baked bread for his future wife and captured her heart by sending her homemade chicken noodle soup and freshly baked bread. Carol graciously accepted the gifts as they dated and one day God’s Holy Spirit told Carol that Scott was the one person that she was praying for to marry. On their first date, they went to the movies to watch a Pink Floyd film “The Wall” and talked about the movie during the entire movie.

Carol soon discovered that Scott knew all the wonderful stories in the Bible from cover to cover and learned to love to hear him read to her. As a couple, they both learned to be intimately in-tune with God’s Holy Spirit every day. Scott’s greatest discovery was learning his identity in who he was through becoming a child of God, and that God actually became his Father in Heaven when he invited Jesus to come into his heart and stay through the process of adoption.

Together, he and Carol led a Children’s Ministry for 40 two-year-olds every Sunday for over 10 years at North Ridge Church in Plymouth, Michigan. Every Sunday, Scott would teach a story from the Bible before Carol led them in Worship with her guitar singing songs like The B-I-B-L-E, Jesus Loves Me This I Know, Deep and Wide, This Little Light of Mine, and Cheer Up Cheerily. When they came in crying, Scott would hold them in his arms and Carol would sing Cheer Up Cheerily putting their name in the song to get them to stop crying. They would watch the corners of their mouth, and the frown on their faces. Soon, when the corner of their mouth seemed to twinkle, they knew their smile was going to turn into a smile. This song worked without fail for over ten years, as the couple orchestrated God’s Love for each child as they entered their care while their parents attended the Sunday Service.

For the past three years Scott and Carol have been sharing their faith with others at Faith Life Church in New Albany, Ohio where they both serve on their Media Team behind a camera where the Ministry reaches around the world. In 2018, he and his wife embarked on a five-book series called “How to Picture Yourself with Jesus” which encouraged readers to cultivate an in-depth relationship with God’s Holy Spirit. The first book in the series: “Become a Child Again” was published in January 2021. Their daughter, Lauren, is an artist that provided help with illustrations and even drew a portrait of Jesus for the book. Their son, Scott, served as their editor. The book can be found on amazon.com when you enter “Carol and Scott Loper” in the search bar.

Scotty, Scott and Carol’s son, and Lauren, their daughter describe their Dad as a patient and caring father and grandfather. He always gravitates for his children and grandchildren whenever they are around. Lauren humorously shares how she and her dad shared walks, and occasionally found a stray cat. Her laughter highlights her dad’s sense of humor. Lauren always fell in love with every cat she found, and always wanted to bring them home. She was able to capture her dad’s heart, and keeping three, Fluffy, Garfield, and Allen. When Scott went on business trips, Lauren lovingly recalls that he always brought her something he found in his travels that he knew would show her his deep love for his little girl.

Scott enjoyed cycling and rode his bike for five miles any day the weather obliged. Scott tended to keep the mood light and had a great sense of humor. Scotty shares how Scott never missed reading the daily comics to send them to both he and Lauren after they became adults. When something was difficult, Scott would always remind his children that “God was in control”.

Online guests may leave words of inspiration and comfort or share a photo by visiting DundeeAG.org and www.merklefs.com

To send flowers to the family or plant a tree in memory of Scott Loper, please visit Tribute Store
Friday
29
October

Celebration of Life for Scott Loper