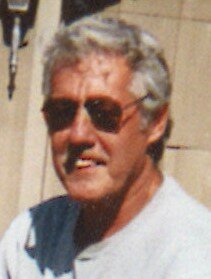 Please share a memory of John to include in a keepsake book for family and friends.
View Tribute Book

John Raymond Baldwin, local builder, passed from this life on September 18, 2021. Born in Alva, Oklahoma to parents Robert and Carolyn Baldwin on February 14, 1945, he found his calling early while helping his father build their family home when they moved back to Toledo after the war.

John attended First Alliance Church (formerly Toledo Gospel Tabernacle) where he met his wife and offered her a ride home in his 1966 Dodge Charger. Over the next few years, John would use that same vehicle to bring their three children home from the hospital when they started their family. He proudly still owned that car upon his passing.

In addition to building and renovating homes, John worked on area churches, schools, and commercial buildings. He served for many years as a Trustee at First Alliance Church and was general contractor for the Youth Center, combining several buildings on Monroe Street in Toledo into one functional unit. He also sat on the building committee that replaced the original church when it was demolished by fire.

Due to the current COVID pandemic there will be no visitation. Arrangements have been entrusted to Merkle Funeral Service, Erie; 9156 Summit Street, Erie, Michigan 48133 (734) 317-7199.

In lieu of flowers memorial donations may be made to the Alzheimer’s Association or a charity of the donor’s choice.   Online guests may leave words of inspiration and comfort or share a photo by visiting www.merklefs.com.