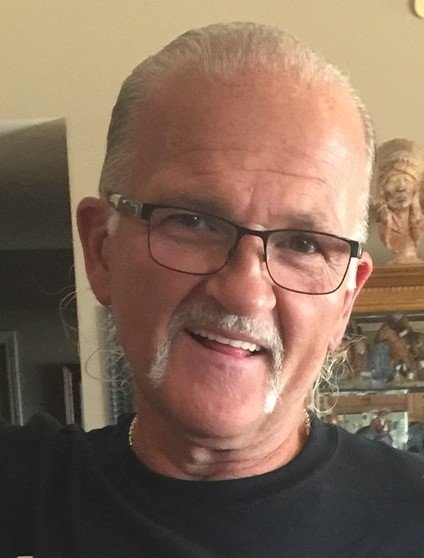 Michael Anthony Lashuay Sr. was born on April 22, 1957, in Trenton, Michigan. He was one of four sons born from the union of Myron Rutherford and June Marie (Fearnes) Lashuay.   On October 9, 1982, Michael would marry the love of his life, the former Amanda Goins, in Monroe, Michigan.

On Saturdays, in the fall, Michael could be found taking in a University of Michigan Football game on the television. He especially rooted for his beloved Wolverines when they would play against the Ohio State Buckeyes.

Michael was known to be a simple man.   He enjoyed maintaining his landscaping and keeping his yard manicured, taking every opportunity to show off his zero-turn lawnmower.   He also came by the nickname “pool boy” honestly, since he would regularly be found stopping at his daughter’s home to clean her pool. Michael and Amanda Loved their trips to Aruba where they would lay in the sun and Mike would challenge himself to get as tan as he could.

Michael never missed an opportunity kick up his feet for his daily dose of his favorite show, Gunsmoke.   Being a truck driver, he took great satisfaction maintaining his trucks.   There wasn’t anything he couldn’t accomplish on his big rigs.

Above anything, Michael loved his family and he treasured anytime he could spend with them. In fact, he and Amanda would always look forward to any vacation with their children and grandchildren.  He proudly wore his Disney shirt with his granddaughters.

Michael Anthony Lashuay, Sr., age 64, of Temperance passed away on Tuesday; July 27, 2021.   His passing was preceded by his father.

Friends may gather on Sunday; August 1, 2021, from 1:00pm until 6:00pm at Merkle Funeral Service, South Monroe; 14567 South Dixie Highway, Monroe, Michigan 48161 (734) 241-7070. A Celebration of Her Life will follow at 6:00pm. Online guests may visit www.merklefs.com to leave words of inspiration and comfort or to share the photo. Memorial donations may be made to Alzheimer’s Association www.alz.org

To send flowers to the family or plant a tree in memory of Michael Lashuay, Sr., please visit Tribute Store
Sunday
1
August