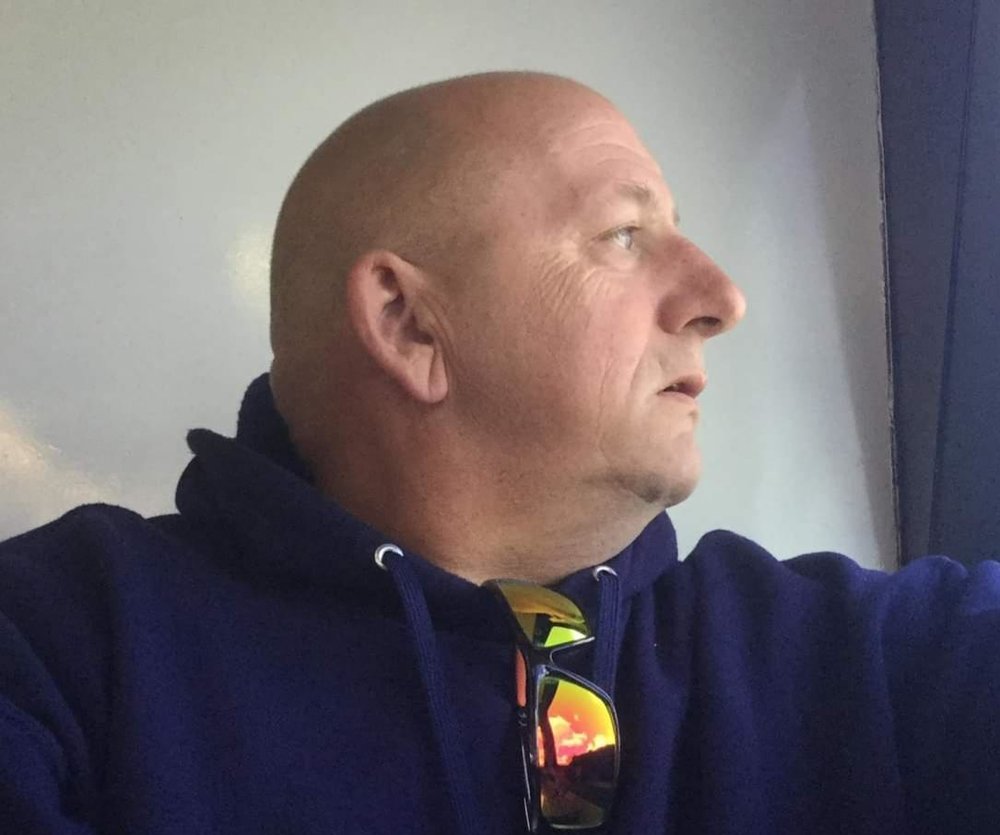 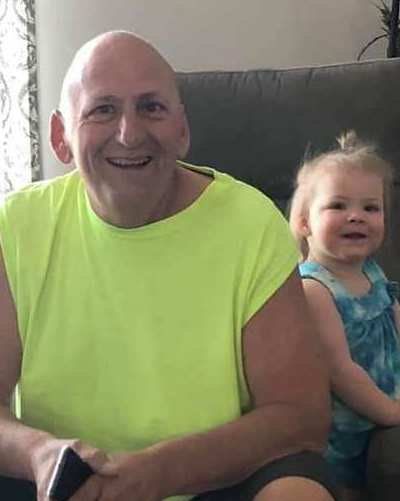 Joseph “Joey” James Fleszar II was born February 11, 1959 in Monroe, Michigan to Joseph James and Judee Roberta Jewel (Sowders) Fleszar.  It was an especially happy and proud day for his Dad, because after having two daughters, he did not think he would have a son!  His sisters were also happy to have a new baby brother to point to when mischief occurred.

Joey was a 1977 graduate of Airport High School and continued his education at Monroe Community College, earning an Associate Degree in Automotive Technology in 1979.

Over ten years ago, Joey reunited with his high school sweetheart, Kathy (Borg) James. She was living in California, and he didn’t hesitate to pack everything up.  He and his “Little Buddy” London made the cross country trek to enjoy everything California had to offer.  As we all know, there is no place like home. After two years, they both moved back to their childhood stomping grounds in Carleton, Michigan.

He loved working and making those extra bucks.  He had many talents in doing so - construction, driving a truck, operating a backhoe, working as a laborer at Heidtman Steel for 20 years and most recently transporting cars for Roadrunner.

He was most proud of continuing on the legacy of his Dad’s Maxwell Water Station business in Carleton, keeping water supplied for the people who needed it for over 50 years! He started with his own water hauling company called Space Truckin’ and learned the inner workings of the water station. His daughter, Allison and her husband, Tommy will proudly continue this legacy as the new owners of this business.

Joey was never one to be inside.  He loved being in the great outdoors; fishing, four wheeling, riding mini bikes, gardening and just mowing the grass. Within the last couple of years, he began camping again – something he had done when he was younger. If he had to be indoors, to pass the time he would gravitate to old classic tv shows – especially Perry Mason.

Joey was just an all-around family man. He was always ready to sit at the table to play games – Uno, Train and Golf were his recent favorites.  His nieces, nephews and greats consider him the original “Funcle”. His laugh was infectious and he was always ready to have fun.  His favorite thing was watching his daughter Allison perform in plays and standup comedy, and he was so extremely proud of her.  He treasured being a Jadgue to his two beautiful granddaughters.  He considered his babysitting time priceless!

Joey was always ready to give praise, where praise was due.  He marveled at the talents of his son-in-law, Tommy, and is so proud of what a great father and husband he is.  He always held a soft spot for his niece Jessica, they share the same “go with the flow” personality and could be found always laughing together.  His godson Davey inherited the same love for the great outdoors and motorized “toys” and he was always impressed with his building skills.  Joey also loved having the “handy-man” and drummer nephew Tom, amazed at his abilities to “just figure it out”.  He also loves Merry, the most recent addition to the family because she fit right in with the rest of us. Mackenzie, his great niece, he knew she will be destined to do great things. Joey adored his great nephew "The Coop" and said he had to be the happiest little guy on earth who made everyone happy with his funny laugh and his Dad's personality.

Joey, age 62, passed away peacefully at his home in Carleton on July 17, 2021 after a long and brave battle with cancer. He was surrounded by his loved ones, always by his side.

He was preceded in death by his parents; grandparents: Busha and Jodgue and his beloved Gannie; and his bestest “Little Buddy” London.

Staying true to his personality, Joey wanted to be part of his own Celebration of Life.  He chose one of his favorite places, the Old Orchards Campground in Oscoda, Michigan.  In June, all of his family and beloved friends spent every moment making lasting memories.

His care has been entrusted to Merkle Funeral Service, North Monroe; 2442 North Monroe Street, Monroe, Michigan 48162 (734) 384-5185. Memorials for those who desire are suggested to the St. Jude’s Children’s Hospital.   Online guests may leave words of inspiration and comfort or share a photo by visiting www.merklefs.com.

To send flowers to the family or plant a tree in memory of Joey Fleszar, please visit Tribute Store.