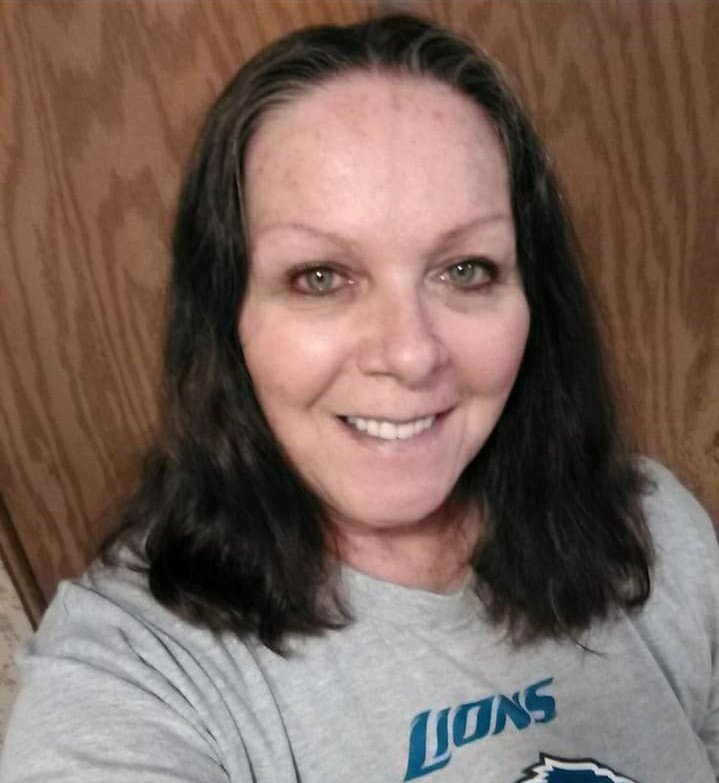 Theresa Marie Trombley was born on August 8, 1955 in Monroe.   She was one of six children born to the union of Wilfred and Caroline (Seger) Trombley.   Terri was a 1973 graduate of Erie Mason High School.   Later that same year, she was joined in marriage to her soulmate, Melvin French at St. Joseph Catholic Church in Erie.   Together they enjoyed forty-seven years of marriage and were blessed with four children. Although, Terri, only gave birth four times, she was a very loving person and “adopted” many more.   She was employed by Harborside Healthcare in the Environmental Services Department for nearly twenty years. Terri was subsequently self employed as a housekeeper before retiring to care for her grandchildren.

Even though, Terri, pitched her tent at campgrounds across the Midwest, she was never known to “rough it”, usually taking hours to set up her elaborate accommodations.   Together the family, would canoe and play cards and cornhole.   These gatherings were often accompanied by a glass of wine.   Her fondness for the libation grew out of drinking her fathers’ homemade grape wine.   Described as “sassy” and “spunky”, Terri was always at the center of any get-together.

Inspired by a family in need on their softball team, Terri and her husband, along with many family members, co-founded T.H.A.N.K.S. (Tailgaters Helping Aid Needy Kids Spirits) in 1999.   Through fundraising this group provided resources to assist many families with a terminally ill child.

Theresa “Terri” Marie French, age 65, of Maumee, Ohio passed away peacefully at home on Monday, May 3, 2021.   Her passing was preceded by her parents, her brother: Robert Trombley, infant son: M.J. French, and several nephews.

To send flowers to the family or plant a tree in memory of Theresa French , please visit Tribute Store
Thursday
6
May