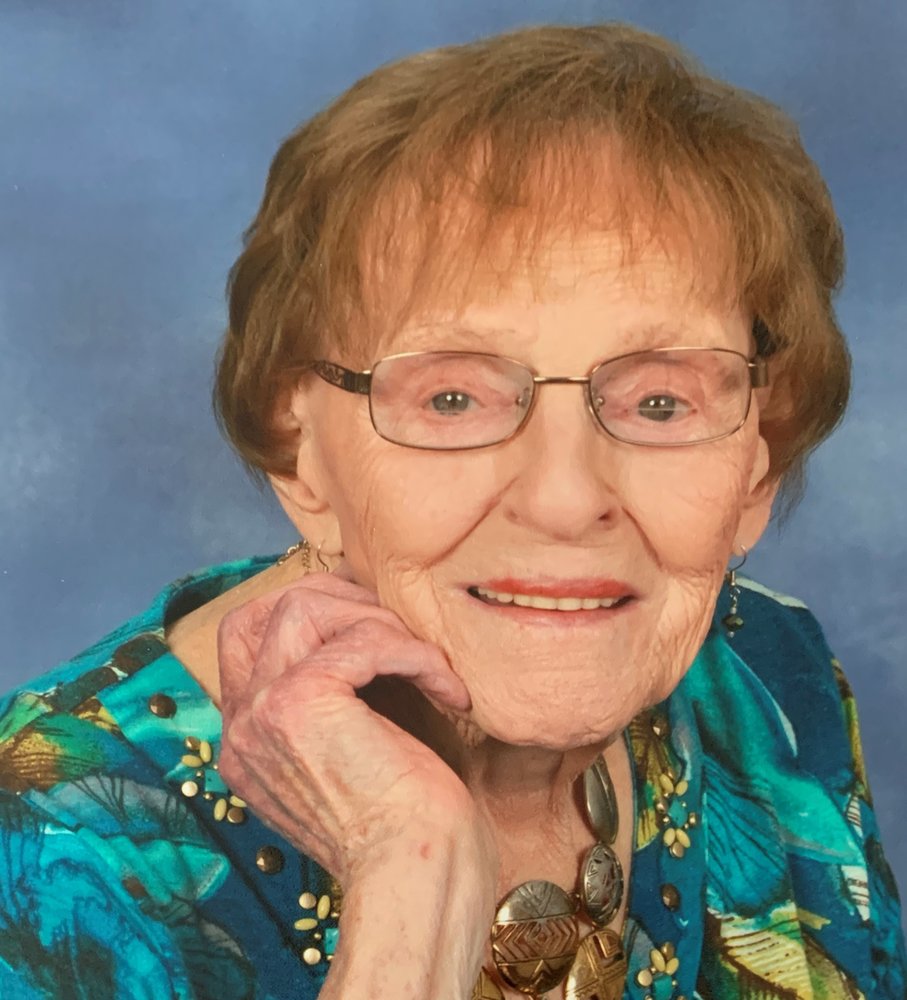 Audrey Margaret Krawetzki was born in Sandusky, Ohio on February 27, 1928.   She was the daughter of the late Arthur Krawetzki and the late Helen (Wirth) Krawetzki.

Audrey married Angelo Gebard on May 11, 1946 in Sandusky, Ohio.   The couple would be blessed with the birth of three children.   In the early 1950’s the couple would move to Michigan making their home in Luna Pier.   Audrey was a wonderful wife and mother providing for the needs of her family in many ways.   For several years she was employed in retail as a sales clerk for Bargain City.   She also would work as a cashier for the IGA in Erie.

Audrey and Angelo had a special relationship and enjoyed each other’s company.   They loved to travel and Audrey ran the senior bus trips through the Water Tower Senior Center for some time where they were members.   They also faithfully attended worship at Erie United Methodist Church.   Audrey was extremely outgoing and an excellent conversationalist.   In fact, she never met a stranger.   She was a volunteer at Lion’s Den in Temperance for twenty-five years.

Audrey looked forward to entertaining and enjoyed hosting holiday and family get-togethers with her children and grandchildren.   She was an excellent cook and baker.   When she had time to herself she would fill it sewing, knitting, crocheting, or tending to her flower garden.

Audrey Margaret Gebard, age 92, of Luna Pier passed away at Hospice of Northwest Ohio in Toledo on Monday, May 25, 2020.   In addition to her parents her passing was preceded by her husband:  Angelo in 2015; a son:  Michael Gebard; a sister:  Ruth; and a brother:  Donald.