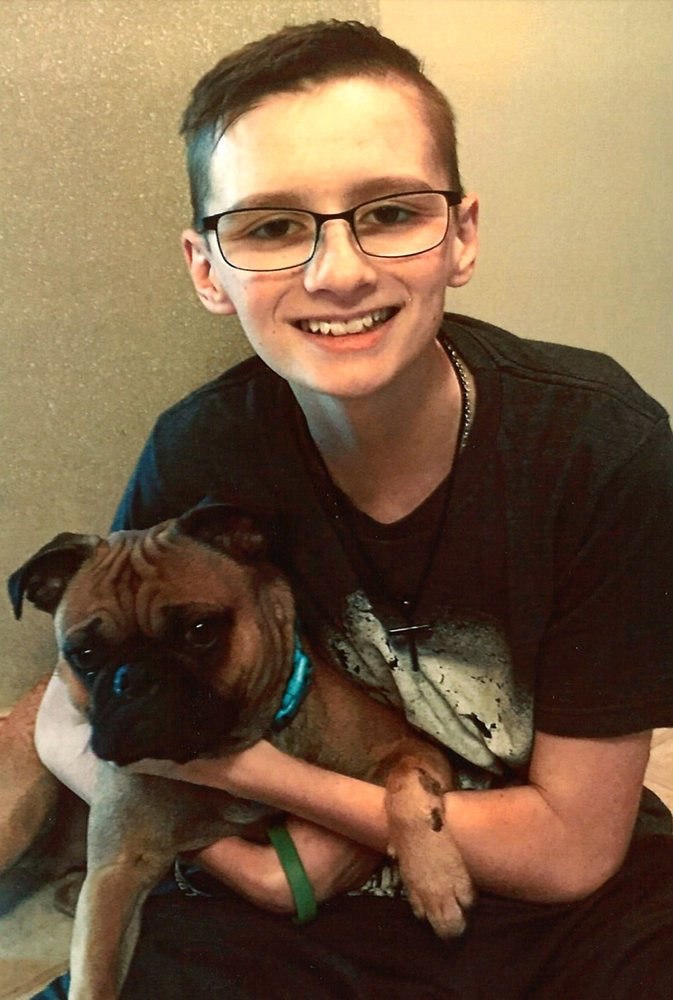 Dylan Thomas Lewis was born in Monroe on June 28, 2005.   He was the youngest of two sons born from the union of the late Craig Lewis and Nicole (Bomia) Lewis.

The Lewis home was extremely lively with their very active and athletic boys.   Dylan seemed to have no fear and was more than willing to try something new.   He had a great sense of humor and was always the clown.  The quintessential eye-roller, Dylan, wasn’t afraid to flash his mischievous smile when needed.

He grew up in Ida attending Ida Schools where he had just finished his freshman year.   He was an avid University of Michigan fan.   Dylan loved to play football and played both ways including center on offense because of his amazing ability to hike the ball.   He also loved baseball playing every position and basketball.   It was in baseball that he earned his nickname, “Sweets” not because of his pleasant disposition, but because of his love for candy and junk food.

Dylan was sensitive, intelligent, and kind.   He was a great friend, never meeting a stranger, and a positive encourager, often giving his signature thumbs-up.   He was a great listener and could be counted on to keep his family in line, especially his mom.   Dylan was also quite creative and artistic, and he enjoyed drawing.

Dylan “Sweets” Lewis, age 14, of Ida passed from this life to Heavenly glory on Friday, April 3, 2020.   He was in his home surrounded by his loving family and under the care of hospice.   Although, Dylan’s earthly life was cut short, his remarkable resilience lives on through all that had the pleasure to cross paths with him.

Due to social gathering restrictions, private burial took place at Roselawn Memorial Park in LaSalle. In celebration of Dylan’s life, the family asks that you please do something nice for someone or even for yourself. Merkle Funeral Service, South Monroe; 14567 South Dixie Highway (734) 241-7070 has been entrusted with his arrangements.

In lieu of flowers memorials are suggested to a Benefit Account for Dylan Lewis that has been established at First Merchants Bank in Ida. The donations are appreciated and will be used for a scholarship that is being established in his memory.   Online guests may leave words of inspiration and comfort or share a photo by visiting www.merklefs.com.

Share Your Memory of
Dylan
Upload Your Memory View All Memories
Be the first to upload a memory!