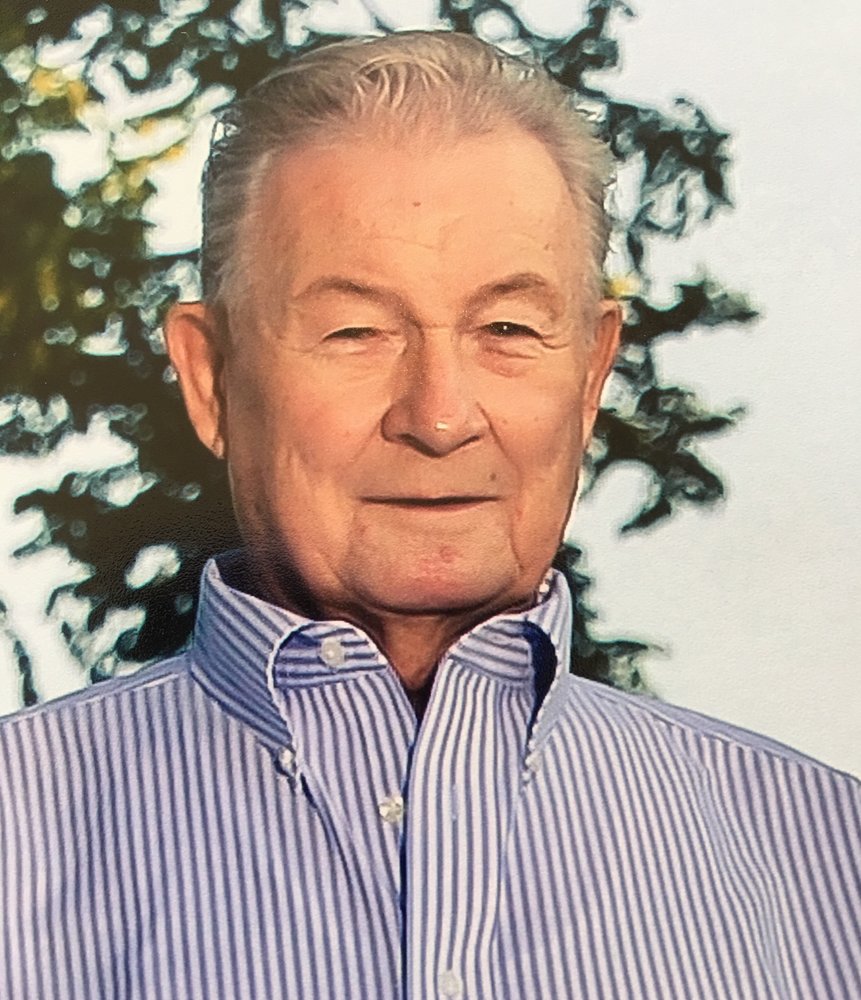 Daniel Kolinski Sr., born in the Polish Village of Lagrinka to Roman and Frances (Grycza) Kolinski on December 5, 1935, died March 24th at home with his family surrounding him with love and prayer.

Dan married Margaret Peters at Gesu Church on July 25, 1957. From this union they had two children, Daniel Kolinski Jr. (D.J.) and Jennifer.  Their family was Dan’s proudest accomplishment and he always worked so hard to provide a good life for them.  As far as Dan was concerned, his bride was the most wonderful and beautiful woman in the world.  He was right.  Together, they had 55 incredible years on this side of heaven.

Dan, along with his wife and children, founded Heritage House Furniture in 1989.  He designed and oversaw the building of the showroom on 20 acres in Ottawa Lake, Michigan, where it is thriving to this day.   He built a legacy which his children and grandchildren are now successfully running.    Prior to this, he and his son, D.J., were kitchen designers, providing the greater Toledo area with the finest in cabinetry.

Faith….faith was  the cornerstone to Dan’s life, which he passed down to his children and grandchildren.  Dan was a devout Catholic and strived to live his faith and continue to grow and learn from it.   When in good health, he and Margaret loved their Friday morning Mass time.  They had previously lived in Onsted, Michigan and were members at St. Joseph Shrine in Brooklyn.

In the last hours he was surrounded by his children and all thirteen of his grandchildren, ten in person and three on facetime.  This man loved his family and he waited until we commended him to the Lord to take his last breath.  Dan had suffered and struggled terribly for years with dementia, which stole his mind and personality, but not his heart.  In the end, he has won, as the last thirteen days of his life, his memory and mind strengthened as his body deteriorated.  This special time was his last gift to his family, and we are eternally grateful

Dan is survived by both of his children, Daniel Kolinski, Jr. and Jennifer Kolinski-Borgstahl as well as his son in law, whom he loved as a son, Gene Borgstahl.  Also surviving are his grandchildren: Michael (Fiancee Nicoleta Borodin), Margaret, MacKenzie, Maxwell, Mary Katherine, Matthias, Daniel, Marek, Bridget, Isabella, Elizabeth, Liam and Martha Rose Borgstahl.  Margaret went ahead to Our Lord on September 1, 2012.  Dan was also preceded in death by his parents and a brother Roman R. Kolinski.

His family will be praying a High Requiem Mass to send off his soul.  The Mass and burial will be private.  Dan’s family is grateful to Hospice of Lenawee who helped us care for our Dad and Papa at home.

Memorial contributions may be made to St. Anthony Catholic Church, Temperance, Michigan or Hospice of Lenawee, Adrian.

Arrangements have been entrusted to Merkle Funeral Service, Dundee; 297 Tecumseh Street (734) 529-3156.  Online guests may leave words of inspiration and comfort or share a photo by visiting www.merklefs.com.

To send flowers to the family or plant a tree in memory of Daniel Kolinski, Sr., please visit Tribute Store
Thursday
26
March