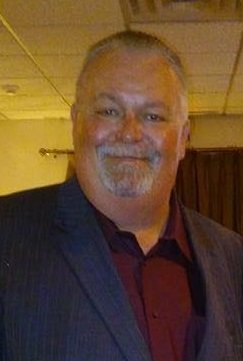 James Linard Lawson, known to many as Butch, was born September 25, 1959 in Knoxville, Tennessee. He was the oldest of seven children born from the union of the late James Lawson and Patricia (Freels) Lawson. He graduated with the class of 1977 at Monroe High School. After the loss of his beloved wife, Marsha Rains Lawson of 30 years, Butch found love again and was planning a future with his new love Nancy Hulett.

To support his family, Butch worked for 19 years at Lake Erie Transit moving all around within the company until securing a position as supervisor. Butch always looked forward to an afternoon outdoors fishing, watching his beloved Detroit Lions and trips to Brooklyn for the NASCAR race. He enjoyed his grilled steak dinners and most of all his Harley Davidson motorcycle. He spent countless hours on his bike and took many trips on it going as far as Florida and multiple trips to Tennessee to visit family.

He was a family man and always cherished his time spent with his grandchildren. They were the light in his life. Butch was caring, kind and soft spoken, though he was known to be very quick witted. He was devoted to his mother and would do anything for her. He was loved by all and will be missed by many.

Butch Lawson, age 58, passed away suddenly Friday, December 1, 2017 at his home in Monroe, Michigan. He was preceded in death by his wife: Marsha Lawson; his son Richard Lawson; his father: James Lawson and his step-father: Charles Leason.

Online guests may leave words of inspiration and comfort, send a floral arrangement or share a photo by visiting www.merklefs.com.