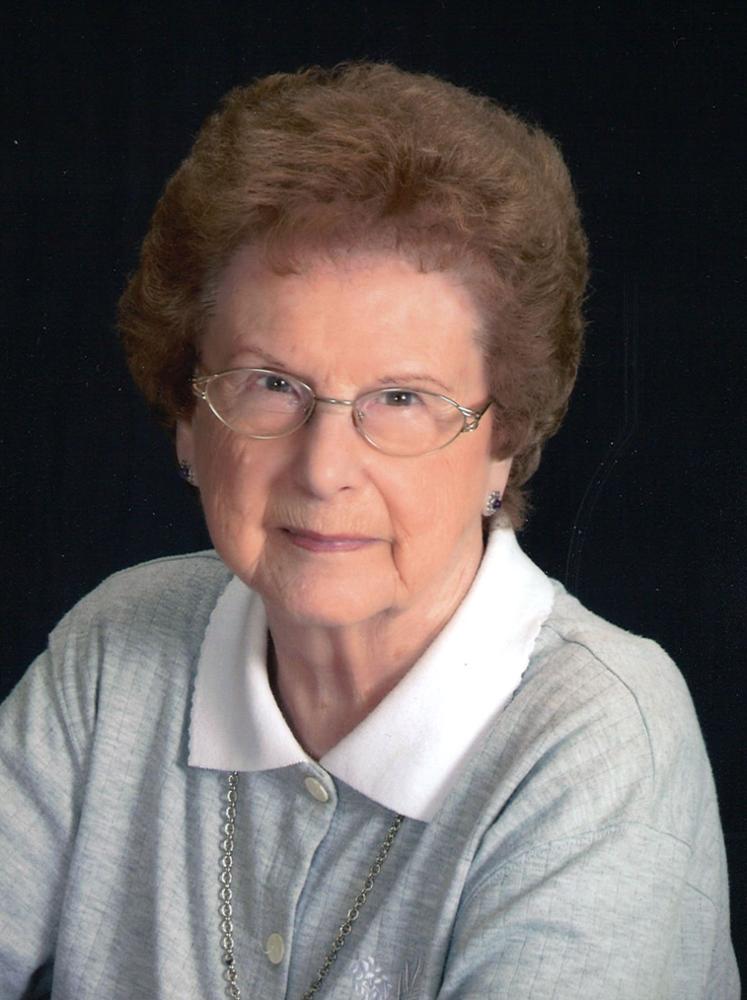 Vivien Marie Miller was born on October 19, 1924 in Monroe.   She was the only daughter born from the union of the late Harold and Alice (Belair) Miller.   Vivien was married to Arthur “Art” W. Parran by the Justice of the Peace on February 20, 1943.   In November of 1943, the couple renewed their vows at St. Michael the Archangel Catholic Church.

Together they shared in the birth of four children and for thirty years, Vivien worked at the Erie Restaurant and later Star Vending retiring in 1983.   Vivien had a staunch Catholic faith, often worshipping twice a week at Erie St. Joseph Catholic Church.

Vivien was extremely proud of her heritage, she was the granddaughter of Lucien B. Miller II, who played in “Lucien’s Old Time Dance Band”.   For over ten years, she served as President of the VFW Auxiliary.   Vivien cherished time with children and grandchildren more than anything often sharing stories and memories from her past.   To fill her free time, Vivien enjoyed playing cards and crossword puzzles, and traveling to the Northern Michigan family cabin.

Vivien, age 92, of Erie passed away at her daughter:  Pat’s home surrounded by loving family on Wednesday, May 3, 2017.   In addition to her parents, her passing was preceded by her husband of sixty-five years: Arthur W. Parran Sr. on September 6, 2008 and her five brothers.

Friends may gather on Sunday; May 7, 2017 from 2:00pm-8:00pm at Merkle Funeral Service; 9156 Summit in Erie where members of the Erie Veterans of Foreign Wars Post 3925 Auxiliary will lead a service at 7:00pm.   She will Lie-In-State from 10:00am until a Funeral Mass at 11:00am on Monday, May 8 at St. Joseph Church; 2214 Manhattan.   Father David Cybulski will officiate and grandson:  Gus Rahe II will provide music on the violin.   James Horner Jr., Gus Rahe, Michael Horner, Justin Miller, Arthur Jr., and Arthur III will serve as pallbearers and procession will follow to the church cemetery for burial.

In lieu of flowers, memorials are suggested to St. Joseph Catholic School or ProMedica Hospice.   Online guests may visit www.merklefs.com

The family wishes to express their appreciation to Promedica Hospice and to Vivien’s daughter:  Patricia and granddaughter: Norma Jean for their constant help and love through difficult times.