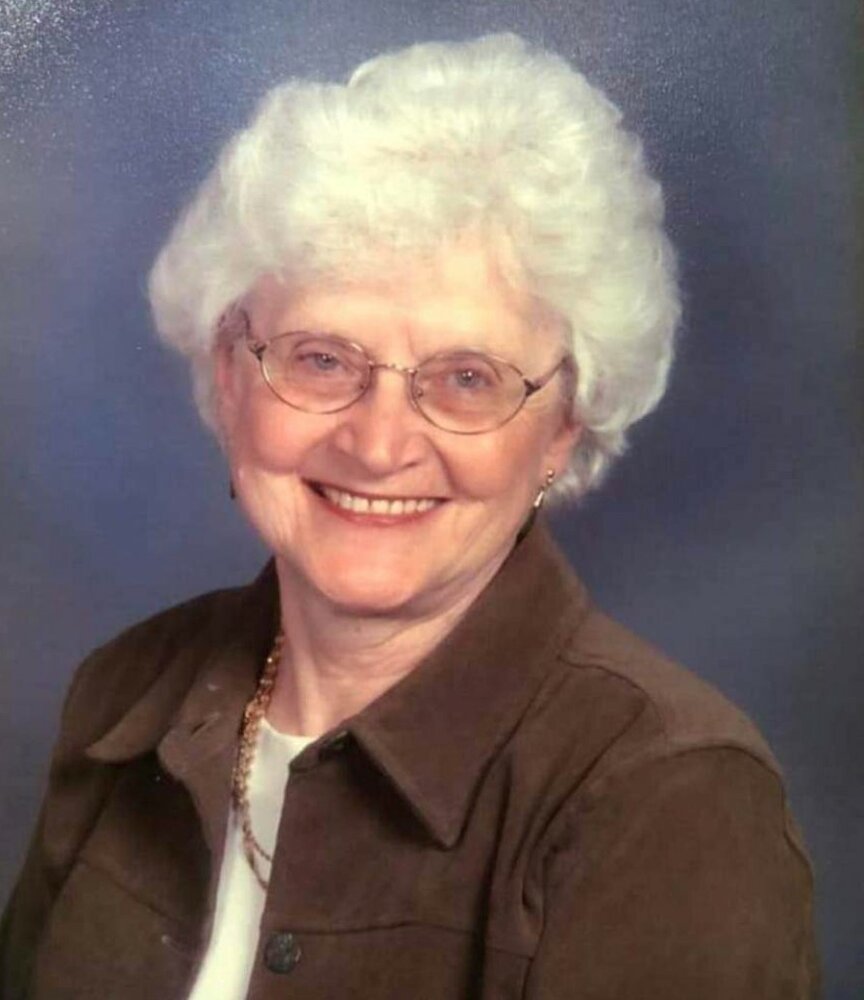 Please share a memory of Maureen to include in a keepsake book for family and friends.
View Tribute Book

Maureen McMullen was born in Shenandoah, Iowa on November 29, 1934. She was one of five children, the only daughter, born from the union of Earl and Marguerite (Wilcoxson) McMullen. She graduated from Tech High School in Omaha, NE and then obtained her Associate Degree. Maureen would eventually move to Monroe County, Michigan where she took a position in the Monroe County Clerk’s Office.    She remained in this capacity for twenty-five years until her retirement.

Maureen was blessed with three children of her own.   A simple woman she seemed to be most satisfied when those around her were happy.    As a devout Christian, Maureen received her spiritual nourishment with regular attendance at Bethany Eagle’s Nest Community Church. In addition to being a Bible Study leader she was the Head Deaconess for many years. Maureen also loved to make a joyful noise singing spiritual hymns in the church choir.

Maureen dabbled in cross stitch, and she seemed to be quite successful with it. She also enjoyed playing a round of golf with close friends and, on occasion, family at the Sandy Creek Golf Course in Monroe. Her game was to say the least very consistent as she had the ability to keep up with the best of players. In her younger years, Maureen traveled mainly with church friends visiting wonderful places such as Niagara Falls, the Grand Canyon, and occasionally even a cruise on the open water.

The Fourth of July was the holiday Maureen looked forward to the most each year. It always provided a great opportunity for family to gather together.   Being in each other’s presence was enough, but a delicious barbecue meal, friendly card game, or a competitive game of bocce ball we’re simply icing on the cake.  In addition, the crowd was treated to a spectacular fireworks show to bring the event to a close.

Maureen shared her home with an all-grey feline:  Smokey.  The cat was extremely devoted to her never leaving her side.   Smokey was said to be the true love of her life.

Maureen Pfaff, age 88, of Monroe passed away while under the care of Cardinal Hospice at the Hale Creek Manor in Hale, Michigan at 11:28pm on Thursday, January 19, 2023. Her passing was preceded by her parents; a son: Brett Pfaff; a daughter-in-law: Staci Pfaff; and four brothers: Robert, Don, Earl, Harry.

To send flowers to the family or plant a tree in memory of Maureen Pfaff, please visit Tribute Store
Tuesday
24
January

Celebration of Life for Maureen Pfaff

Look inside to read what others have shared
Family and friends are coming together online to create a special keepsake. Every memory left on the online obituary will be automatically included in this book.
View Tribute Book
Share Your Memory of
Maureen
Upload Your Memory View All Memories
Be the first to upload a memory!
Share A Memory
Send Flowers