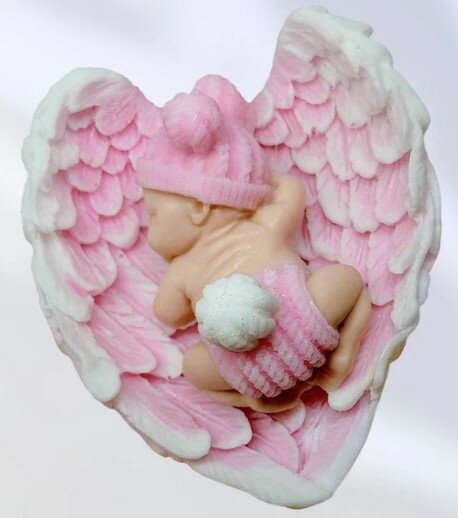 Please share a memory of Hope to include in a keepsake book for family and friends.
View Tribute Book

In utero, Hope Marie Dembinski was a very stubborn little lady. The pregnancy for her mother, Tiffany, started out quite complicated but seemed to improve as the two of them became more used to each other. When morning sickness finally became at bay, Tiffany did anything she could to satisfy her cravings for a Chick-Fil-A sandwich.   Unfortunately, Tiffany began having complications once again and after all the two had been through, the name Hope was chosen because the family was hopeful.

Little Miss Hope was a fighter during all the complications, but on Thursday; December 8, 2022 Hope Marie Dembinski was released from her mother’s care to the arms of the Angels. Her passing was preceded by her grandmother: Bobby Jill Dembinski; her great grandparents; and various aunts and uncles.

To cherish her memory, she leaves her parents: Peter and Tiffany (Keck) Dembinski; a brother: Bentley Blankenship; a sister: Liliah Dembinski; many aunts and uncles, grandparents, and great grandparents.