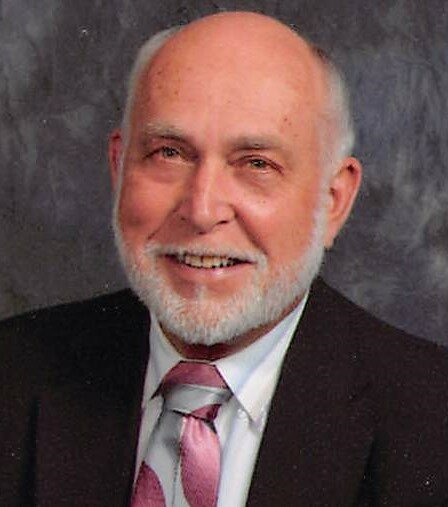 Please share a memory of Stephen to include in a keepsake book for family and friends.
View Tribute Book

The son of Ruth and Tom Wilson, Steve was born on April 22, 1944 and passed peacefully in his sleep on October 26, 2022. He called Lima, Ohio his home for seven years until his family moved to Port Clinton Ohio, then to Monroe, Michigan.  Steve attended Monroe Junior High and Monroe High School where he was captain of the baseball team and quarterback for the football team. After graduation in 1962, Steve attended Western Michigan University and graduated in 1966 with a BBA degree in Industrial Management.

After completion of ROTC, Steve enlisted in the Army and was assigned to Quartermaster school in Ft. Lee, Virginia. He later served in Vietnam and was honorably discharged in 1969 as a 1st Lieutenant.

After 2 months touring Europe, Japan and Hong Kong, Steve returned to the US to start graduate school at Ball State University in Muncie, Indiana where he graduated with a master’s degree. It was in college where he met his future wife Jennifer “Jenny” Hood. They married in September 1972 in Elwood, Indiana and shared great adventures including travels to Jamaica, St. Thomas, Hawaii, Alaska (3 times), Aruba, Hudson Bay, Newfoundland, Mexico, and Florida. Jenny and Steve had a devotion to not only their own pets, but the rescue and placement of so many other animals who needed forever homes. Their Lake Erie home and cabin in northern Michigan became quite the destination for gatherings of friends and family. They both embraced the great outdoors in Michigan with lots of fishing, hunting, canoeing, and hiking. For many years, Steve enjoyed walking the beach and collecting lures that had washed ashore. He took them home, repaired and repainted them amassing an envious collection.

Steve used his degree in business to work with Kelsey Hayes’ management training program, NFO Worldwide, Inc in their Toledo office doing Market Research then moved to Jeep International Export Division. Steve started his own company, Closet Creations, a closet shelving, design and installation company. This adventure resulted in retirement after 19 successful years and continues to be a great company today with his dear friend Pete Dugan at the helm.

Steve was active in the First Methodist Church in Monroe and served as Trustee and Chairman of their Financial Committee. He generously supported a variety of charities throughout his life.

Steve was blessed to have close friends both far away and close to home. Doug Crossman and Jack Riggs maintained a long-distance and close friendship with Steve and Jenny. Pete Dugan shared a trusted and special friendship since the purchase of Steve’s business. The Johnson family, Chuck, Barb, Jason, and Ryan, have been steadfast friends for many years and have been the angels that both Jenny and Steve deserved. Neighbors Julia and Mick Malone were resourceful advocates for his care and comfort, and Wilma Verespej was a loving caregiver for both Jenny and Steve. In his last weeks, Steve enjoyed being in his Lake Erie home, watching the water and having round the clock care by Sue, Paula, Deb, Tammy, and the Care Team from Promedica Hospice. His family extends their gratitude for all who surrounded and supported Steve through this last chapter, treating him with dignity and compassion.

In remembrance of Steve and in lieu of flowers, donations may be given to The Salvation Army of Monroe.

To send flowers to the family or plant a tree in memory of Stephen Wilson, please visit Tribute Store
Sunday
30
October

Celebration of Life for Steve Wilson