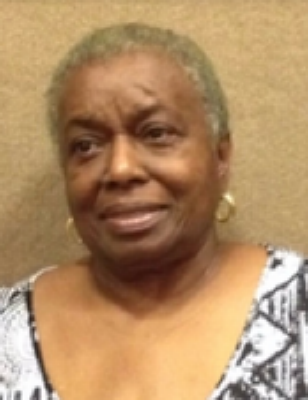 Please share a memory of Verlene to include in a keepsake book for family and friends.
View Tribute Book

Verlene Austin was born on August 22, 1938 to the union of John and Armiller (Johnson) Austin in Monroe, Michigan. She was seventh of ten children. Verlene graduated from Monroe High School in 1957. Shortly after graduation she moved to Cleveland, Ohio. Although her formal education was limited to a high school diploma, her advanced education was created through her vast life experiences. Verlene began her employment with the United States Treasury Department, Internal Revenue Service (IRS) Collection Division in 1958. She held a number of positions with increasing responsibility which included Tax Examiner, Teller, Teller Unit Manager, Revenue officer, and Revenue Officer Advisor, the position she retired from in 1997.

Verlene was a team player and willingly shared her knowledge with co-workers and subordinates, whether they wanted it or not. She was present when the IRS implemented automation and quickly became an expert at interpreting codes for the Integrated Data Retrieval System. She was frequently called upon to use her talent, even in retirement! Verlene retired after thirty-eight years with the IRS and received the Albert Gallatin Award. The award is the highest Treasury Department Career service honor for employees with a record that reflects fidelity to duty.

Verlene married Frank Patton Jr. of Cleveland, Ohio on October 14,1967. The nuptials were held in Monroe, Michigan. Sadly, Frank preceded her in death in 1979. Before and after retirement Verlene loved to travel. She lived by the motto work hard and play harder. Verlene traveled to destinations including Alaska, Argentina, Australia, China, Egypt, Greece, Hawaii, Italy, Jordan, Mexico, Paris, Peru, Singapore, Spain, South Africa, Turkey, and many other places around the world.

Verlene loved music from Classical to County as well as Blues, Soul and other genres. Her favorite singer was Kenny Rogers preforming any song! She also loved listening to Beethoven and Tchaikovsky. Verlene earned frequent shopper miles and loved traveling to various casinos in and out of the state of Ohio. She was also an avid bridge and whist player, a bowler, 10K runner, and volunteer at the Warrensville Heights Civic and Senior Center. Verlene’s kind and thoughtful personality attracted people regardless of their occupation or social status. She was truly one of a kind.

Her life is celebrated by her sister: Barbara (Austin) Hudson, of Monroe, Michigan; special friend: Annie (Charles) Sifford: Goddaughter: Julia Sifford; and Godson: Gregory Poindexter of Shaker Heights, Ohio; as well as a host of nieces, nephews and other family and friends.

To send flowers to the family or plant a tree in memory of Verlene Patton, please visit Tribute Store
Friday
28
October