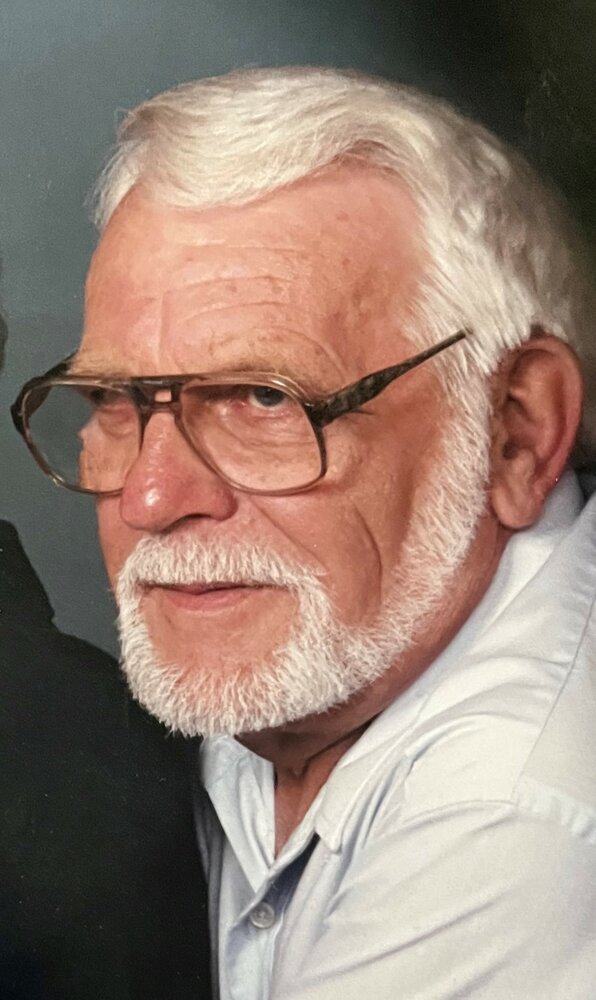 Please share a memory of Melvin to include in a keepsake book for family and friends.
View Tribute Book

Melvin J. Wertenberger was born on April 28, 1930, in Ida, Michigan. He was one of two sons born from the union of Melvin J. and Ruth (Ellis) Wertenberger, Sr. He attended Dundee Community Schools, graduating with the Class of 1948. On December 22, 1951 – he married the former Shirley Downing. Together they went on to have four sons.

Melvin was very mechanically inclined and was a jack of many trades – from woodworking, to electrical to automotive repair, he did it all. He was able to build, diagnose and repair anything thrown his way. By trade, he was a certified Master Mechanic. For 41 years he practiced the trade at a local Ford dealership – retiring in 1992.

Following his retirement, Melvin stayed busy. He spent time collecting and rebuilding lawnmowers – sometimes juggling as many as a dozen at a time. When he wasn’t in his garage building and repairing, Melvin loved to be outdoors appreciating the natural surroundings.  Although he was a homebody, he cherished time spent up north in Frederic, Michigan. His favorite time to be there was in the Fall to hunt deer. He cherished that time ­– even if he came home empty handed. Throughout the warm Summer months, he spent his days cultivating a vegetable garden that always produced a surplus – that he’d graciously share with family, friends and neighbors.

Above everything, Melvin treasured his family. From his special bond with his brother Herbert, to his sons and their partners, to his grandchildren and great grandchildren to his beloved dog Buffy – he loved being surrounded by family. Known to have a tough exterior, he was also known for his big heart. There wasn’t anything that he wouldn’t do for his family. At the center of his world was his wife, Shirley. For many years, as her health declined – he proudly and lovingly took on the role of her caregiver. He did this until her passing in April of 2020.

On Saturday August 20, 2022, Melvin J. Wertenberger, Jr., age 92, of Dundee passed away peacefully at home. His passing was preceded by his parents and his beloved wife of sixty-eight years: Shirley.

Online guests may leave words of inspiration and comfort or share a photo by visiting www.merklefs.com. Memorial donations may be made to the Dundee Senior Center.

To send flowers to the family or plant a tree in memory of Melvin Wertenberger, Jr., please visit Tribute Store
Wednesday
24
August

Look inside to read what others have shared
Family and friends are coming together online to create a special keepsake. Every memory left on the online obituary will be automatically included in this book.
View Tribute Book
Share Your Memory of
Melvin
Upload Your Memory View All Memories
Be the first to upload a memory!
Share A Memory
Send Flowers