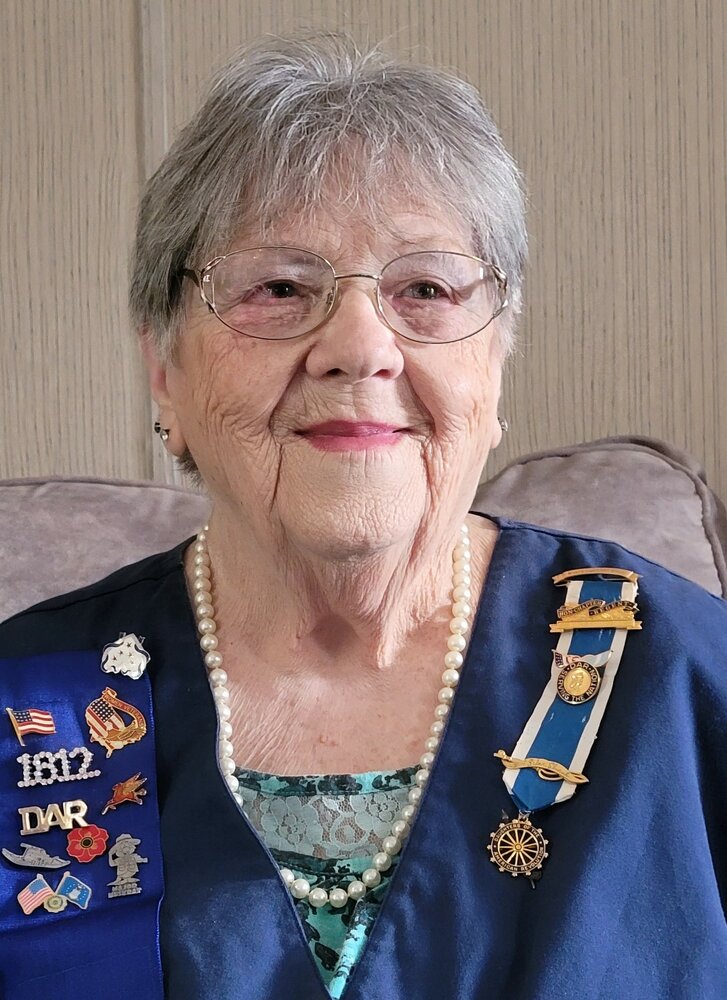 Please share a memory of Judith to include in a keepsake book for family and friends.
View Tribute Book

Judith Onita Bargeon was born on August 5, 1940 in Detroit, Michigan. She was one of three children born from the union of Frank E. and Margaret (Pitcher) Bargeon.  Judith attended Huron High School in New Boston, Michigan graduating with the class of 1958.  She then enlisted in the United States Air Force. She honorably served her country from 1959 to 1962; and was stationed at Clark Air Force Base in the Philippines during that time.

Judith met her future husband Harlan “Clyde” Sliger Sr. while in the Air Force, they were stationed in the Philippines together.  They raised four children before divorcing shortly after the youngest was born.  Judith moved her family to Gibraltar,  Michigan and then to Monroe,  Michigan, while she started her long employment with Ford Motor Company at the Brownstown and Monroe plants. During her employment at Ford Motor Company, she served in several different capacities from the assembly line to being a secretary, plus attending Monroe County Community College,  Monroe, Michigan part time. Her career spanned eighteen years before retiring in 1994.

Judith was a very active person and was always on the go.  She was a member of the LaSalle Presbyterian Church in LaSalle, the Frenchtown Senior Citizens, the American Legion Post 514 in Ida, Michigan, the Nancy Degraff Toll Chapter of the Daughters of the American Revolution, Daughters of the Civil War, Daughters of the War of 1812, Daughters of the Colonial Wars, Daughters of the New England Woman Society, the Mayflower Society, Friends of the Battlefield, Friends of the Monroe Museum, the Sawyer Homestead Society, and she was a proud member of the Wyandot of Anderdon Nation – Deer Clan.  When Judith wasn’t busy volunteering her time to the many organizations that she dearly loved she enjoyed spending time with her family.   She was stubbornly independent, enjoying painting, crocheting, and traveling with her A-liner travel trailer camping group mostly out west and down south.

Judith Onita Bargeon, age 82, of Monroe passed away peacefully in her home under the care of ProMedica Monroe Hospice on Sunday; August 14, 2022.   She was surrounded by her loving family. Her passing was preceded by her father:  Frank Bargeon; her mother:  Margaret “Marguerite” Wicker; and her stepfather:  Jule Wicker.

Friends may gather for a Celebration of Judith’s Life at 1:00pm on Saturday; August 20, 2022 at the LaSalle Presbyterian Church; 13007 South Dixie Highway LaSalle, Michigan 48145 with Pastor David Bartley officiating. Military honors will be under the auspices of the Monroe Veterans of Foreign Wars Post 1138. Her care was entrusted to Merkle Funeral Service, South Monroe; 14567 South Dixie Highway, Monroe, Michigan 48161 (734) 241-7070. Cremation has taken place through Covenant Cremation of Erie, Michigan.

In lieu of flowers, memorial contributions are suggested to the LaSalle Presbyterian Church (Earnest Workers) or to the American Cancer Society. Online guests may leave words of inspiration and comfort or share a photo by visiting www.merklefs.com.

To send flowers to the family or plant a tree in memory of Judith Bargeon, please visit Tribute Store
Saturday
20
August