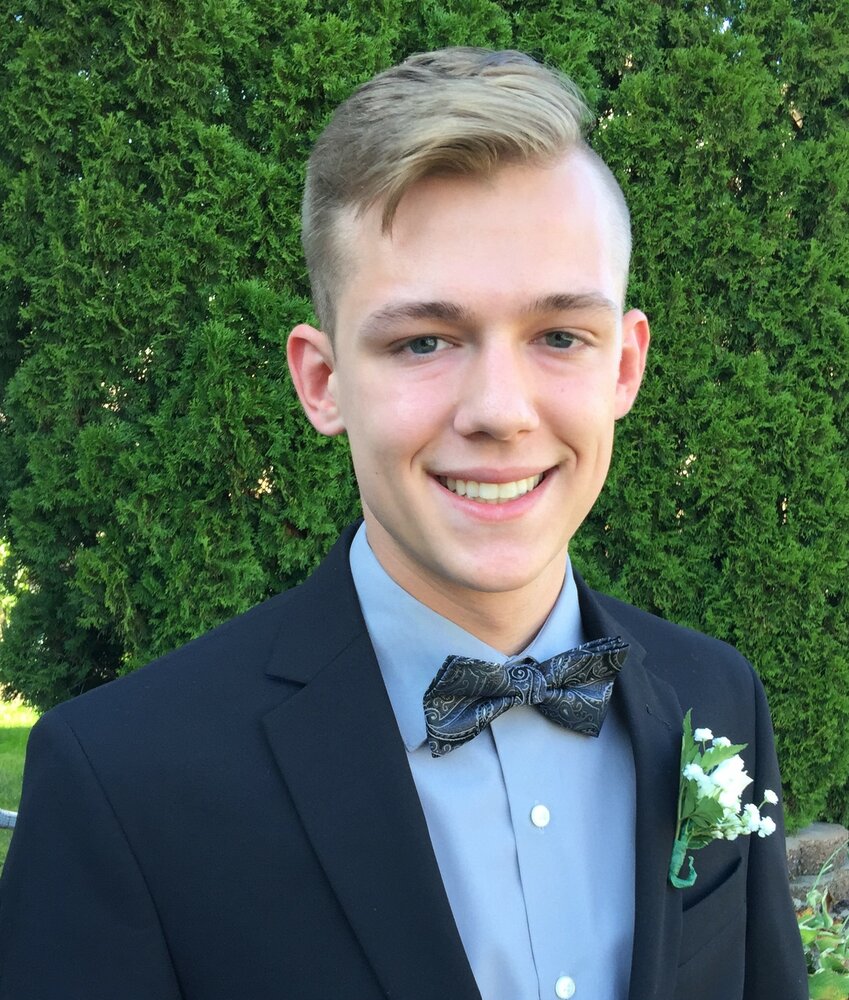 Please share a memory of Devon to include in a keepsake book for family and friends.
View Tribute Book

Devon Richard Madaski was born on August 1, 2000 in Monroe, Michigan. He was the eldest of three siblings born to Christopher Madaski and Karissa Baugh.   At a young age, Devon displayed a musical inclination.   He began playing the drums in elementary school and was a member of the marching band throughout middle school and high school. Devon also played guitar, both acoustic and electric. Although he took a few lessons, Devon was mostly self-taught and learned from watching videos online.   He was a 2020 graduate from Lakeshore Virtual School in Gibraltar, Michigan.

Devon had a strong work ethic and enjoyed working with his hands and performing mechanical work.   For the past year, Devon was employed as a farmhand at Calder Dairy Farm in Carleton, Michigan. Devon considered himself privileged to spend his workday alongside his grandfather, Frank, who frequently stopped by the farm to visit.

Devon enjoyed gaming on his X-box.   He also loved fishing and would cast a line in wherever he could.   A great cook, he gained his knowledge in the kitchen learning hands-on from his grandpa.   Devon was proud of his ability to tolerate the hottest of peppers and was never afraid to eat spicy foods.

As a young boy, Devon followed in his father’s footsteps by learning to play cards.   By the age of fourteen, some considered him a “card shark” after winning a poker tournament against adults.   Devon also hit the links with his dad at Lake Erie Metropark and honed his driving skills at Old Town Golf in Monroe.   He was known for his gentle spirit and goofy personality which he was always willing to use to make someone laugh.  Generous by nature, Devon loved to give gifts as his way of saying, “I Love You”.

Devon R. Madaski, age 22, of Carleton, Michigan passed away unexpectedly at his home on Tuesday; August 2, 2022.

To send flowers to the family or plant a tree in memory of Devon Madaski, please visit Tribute Store
Saturday
6
August

Look inside to read what others have shared
Family and friends are coming together online to create a special keepsake. Every memory left on the online obituary will be automatically included in this book.
View Tribute Book
Share Your Memory of
Devon
Upload Your Memory View All Memories
Be the first to upload a memory!
Share A Memory
Send Flowers