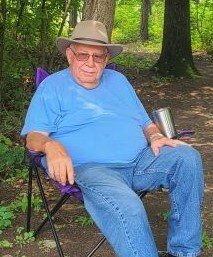 Robert Eugene Collino was born in Monroe, Michigan on July 3, 1945. He was one of two children born to the union of Eugene and Mary Ann (Merenchin) Collino. Bob graduated from Catholic Central High School in Monroe with the Class of 1962 and later furthered his education by completing college courses. He was employed as a plant construction manager at Ford Motor Company in Monroe for thirty-eight years. Shortly after retiring in 2007, Bob began working at the Salvation Army Community Center in Monroe.

Bob had a deep appreciation for the great outdoors. He often camped with friends at Sterling State Park in Monroe and enjoyed boating and fishing on Lake Erie. Bob treasured his smoker and stayed up until the wee hours of the morning ensuring his brisket was just perfect for the whole gang to enjoy. Although he preferred to stay close to home, Bob always looked forward to an annual trip to Frankenmuth with his brother in-law, Tim Brantley. The pair never missed a pit stop at the famous Tony’s Restaurant for breakfast.

Bob could often be found putzing around his garage. A handy man, he could seemingly fix anything. Bob also tended to his small vegetable garden every season. An avid sports fan, he would tune into just about any game, but had an affinity for the University of Michigan.

Robert Eugene Collino, age 77, of Monroe, Michigan passed away at Beaumont Hospital in Dearborn on Wednesday, July 20, 2022. His passing was preceded by his parents; his wife: Karen Collino in 2006, a daughter: Shannon Collino, and a sister: Carol Newman.

To send flowers to the family or plant a tree in memory of Robert Collino, please visit Tribute Store
Monday
25
July

Celebration of Life for Robert Collino