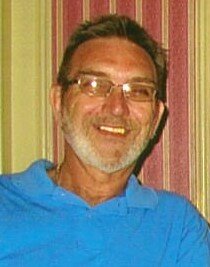 Please share a memory of Danny to include in a keepsake book for family and friends.
View Tribute Book

Danny Lynn Burchfield was born in Leatherwood, Kentucky on July 26, 1949.   He was the son of Roy Burchfield and Allene (Fannin) Woodward.   He attended Monroe High School and graduated with the Class of 1968.   Dan enlisted in the United States Army during the Vietnam War.   He obtained the rank of Spec 4 while serving his country honorably from September 23, 1968, until October 15, 1971.

Following his discharge from the Army, Dan returned home to Monroe taking a position with the Chrysler Corporation.   He worked as a Machine Operator retiring in April of 2008 after a 37.5-year career.   Dan married the love of his life the former, Connie Beth Carmon, on June 14, 1975, in Monroe, Michigan.   As a young man he had a passion for woodworking, but the thing he valued most in this life was his relationships with family and friends.   Dan and Connie were blessed with the birth of a son:  Ryan.   Dan’s life was only enhanced if not complete when Ryan blessed the couple with a daughter-in-law:  Angela and finally with a granddaughter: Chloe; also, many nieces and nephews.

Dan was extremely proud of his military service.   He stayed very active serving his fellow veterans and created many lifelong bonds.   A life member of the Monroe Veterans of Foreign Wars Post 1138, Dan served as Post Commander from 2010-2015 and as the 6th District Commander from 2017-2018.   He was also a Life Member AMVETS Post 1942 and of the Vietnam Veterans of America Chapter 142.   He was a member of the American Legion Post 40, Life Member National Home for Children, and Life Member Camp Trotter.

Danny Lynn Burchfield, age 72, of Ida passed away at 2:00pm on Thursday; July 7, 2022, at ProMedica Monroe Regional Hospital where he had been in the Intensive Care Unit since Wednesday; June 29, 2022.   His passing was preceded by his parents and his brother:  Donnie Woodward.

Family and friends may gather from 4:00pm until 8:00pm on Friday; August 5, 2022, at the Monroe Veterans of Foreign Wars Post 1138, 400 Jones Avenue, Monroe, Michigan 48161.   A Celebration of His Life will take place at 4:30pm with Pastor Roy Southerland officiating and the Post Ritual Team providing honors.   A memorial dinner will follow for all of those in attendance.   Merkle Funeral Service, South Monroe; 14567 South Dixie Highway, Monroe, Michigan 48161 (734) 241-7070 has been entrusted with his care.   Cremation has taken place through Covenant Cremation of Erie, Michigan.   Private inurnment of his cremated remains will be in the Butterfly Garden at Roselawn Memorial Park in LaSalle.

In lieu of flowers, memorials are suggested to the Monroe Veterans of Foreign Wars Post 1138 or to the VFW Ritual Team.   Online guests may leave words of inspiration and comfort or share a photo by visiting www.merklefs.com.

To send flowers to the family or plant a tree in memory of Danny Burchfield, please visit Tribute Store
Friday
5
August