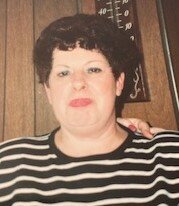 Please share a memory of Patricia to include in a keepsake book for family and friends.
View Tribute Book

Patricia Ann Warwick was born on December 14, 1935 in Wyandotte, Michigan. She was one of seven children born to George and Alice Warwick.   After losing both of her parents at a young age, she came to live with several foster families including Dr. and Mrs. Tomilson  and family of Newport, Michigan and Emmanuel and Lucene Cousino whom she considered her father and mother.   Pat graduated from St. Mary’s Academy in Monroe, Michigan with the Class of 1954. In 1956, she wed Robert MacDowell and they were blessed with two children. After Robert’s passing, Pat was later joined in marriage to Kenneth Reau on June 1, 1991 at the Straits of Mackinac.

As a young woman, Pat, worked as a stylist at Jan’s Salon in Erie. She was later employed as a press operator at both Neal Products in Erie and Reichart  Stamping in Swanton, Ohio. In addition, prior to her retiring in 2000, Pat, worked at the deli and seafood department of Food Town grocery stores for ten years.   A hard worker, Pat worked in Lambertville Telegraph Road and ending at the Food Town on North Dixie Hwy.

A fun-loving person who was always up for adventure, Pat enjoyed hitting the open road on the back of her husband’s motorcycle. The couple took an annual trip to Northern Michigan, across the Mackinac Bridge to Sault Ste. Marie with friends.

In lieu of flowers, memorial contributions are suggested to St. Joseph Catholic School in Erie, Michigan, the Wounded Warrior Project, or any veteran’s charity of the donor’s choice.   Online guests may leave words of inspiration and comfort or share a photo by visiting www.merklefs.com.

To send flowers to the family or plant a tree in memory of Patricia Reau, please visit Tribute Store
Wednesday
6
July

Mass of Resurrection for Patricia Reau