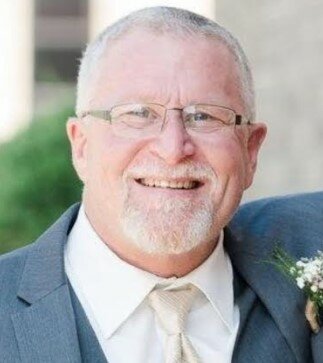 Please share a memory of Michael to include in a keepsake book for family and friends.
View Tribute Book

Michael Anthony Notario was born in Monroe, Michigan on June 20, 1958.   He was the son of Anthony H. Notario and Janice (Jackson) Notario.   Michael attended Monroe Public Schools graduating with the Class of 1976 from Monroe High School.   He would later continue his education by attending Monroe County Community College.

Michael married Joni Hollingsworth on May 28, 1982 and the couple were blessed with four children.   For many years he provided for his family as a Laborer in the automotive industry being employed by Ford Motor Company.   He would take a medical retirement.

In 2010 he married Wendy Owens.   Michael or “Nail” as he was lovingly known enjoyed spending time and hanging out with family and friends.   All that knew him, were very familiar with his standing Friday card night.   He also enjoyed music and dancing in the garage until the early morning hours.   He loved his Harley Davidson motorcycle and enjoyed bike rallies, attending the Sturgis Gathering.   He loved football and was an avid follower of Monroe High School on the gridiron and the Pittsburgh Steelers of the National Football League.   A dedicated powerlifter, Michael helped train many in “Nail's Garage”.   He will be remembered for his infamous line, "Go Heavy or Go Home".

Friends may gather from 5:00pm until 9:00pm on Thursday; June 16, 2022 at Merkle Funeral Service, South Monroe; 14567 South Dixie Highway, Monroe, Michigan 48161 (734) 241-7070.   A Celebration of His Life will take place at 1:00pm on Friday; June 17, 2022 also at Merkles with Pastor Roy Southerland officiating.   He will be whisked in procession by a custom Harley Davidson Motorcycle Hearse to Roselawn Memorial Park in LaSalle for burial.

In lieu of flowers memorials are suggested to Gift of Life, Michigan or the Humane Society of Monroe.   Online guests may leave words of inspiration and comfort or share a photo by visiting www.merklefs.com.

To send flowers to the family or plant a tree in memory of Michael Notario, please visit Tribute Store
Thursday
16
June

Celebration of Life for Michael Notario