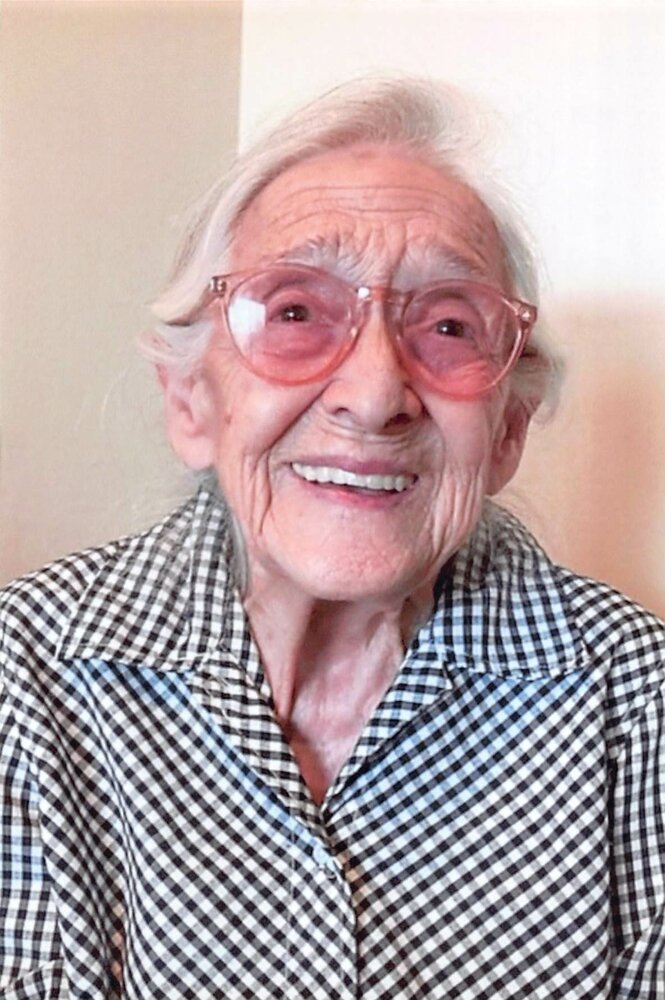 Please share a memory of Theresa to include in a keepsake book for family and friends.
View Tribute Book

Theresa Marie Masta was born on January 22, 1931 in Escanaba, Michigan. She was the second youngest of eight children born to Alexander and Marguerite (Lesage) Masta. On September 30, 1952 Theresa wed Bernard Gill in Wyandotte, Michigan. The couple enjoyed nearly forty years of marriage and were blessed with five sons and one daughter. Theresa was extremely family oriented and dedicated her life to taking care of her home and children.

Theresa was a devout Christian and longtime parishioner of Gracepoint United Pentecostal Church in Monroe, Michigan. As a disciple of Christ, she felt it was her duty to serve others. She volunteered as a candy striper at Mercy Memorial Hospital beginning in 1976. Theresa also entertained children at Sunday school with her ventriloquist puppet, “Holly”. She loved music and played a variety of instruments including violin, guitar, and accordion. Theresa was also a talented artist and crafter. She created paintings and crochet items such as afghans, slippers, and coasters which she gifted every holiday season.

Theresa served as an Avon representative for fifteen years and enjoyed helping women feel their best. Although she lived in Southeast Michigan for much of her life, Theresa maintained a deep connection with her roots. She and her husband frequently enjoyed camping and deer hunting “Up North”. Theresa read her Bible often and watched Christian movies, along with the occasional Western. A gentle soul, she walked every step of her life with Jesus.

Online guests may leave words of inspiration comfort or share a photo by visiting www.merklefs.com.

To send flowers to the family or plant a tree in memory of Theresa Gill, please visit Tribute Store
Tuesday
26
April

Celebration of Life for Theresa Gill