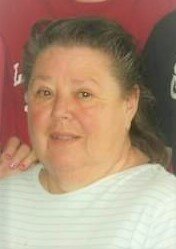 Please share a memory of Wilma to include in a keepsake book for family and friends.
View Tribute Book

Wilma Buffington was born on February 18, 1940, in Christopher, Illinois. She was one of two children from the union of Jesse McLain and Reba (Kribbs) McLain. Wilma would attend and graduate with the Bulldogs of Akin High School in 1958.

She married the love of her life: George Buffington. Together the loving couple was blessed with the birth of four children.   Wilma cared for the needs of her children as a homemaker.   As well as a School Bus Driver for Dundee Community Schools before retiring in 1999.

More than anything, Wilma loved and treasured her family.   She was proud of each of her children and counted herself as blessed to have grandchildren.   No matter what they were doing, or where they were going, she would tag along just to be in their company.   She looked forward to visits from them all, and especially spending time with them.

Wilma loved to play bingo.   First and foremost, she enjoyed the social interaction that came with following the local circuit.   She happily played anywhere although her favorite places to participate were that of the FOP, St. George’s, the VFW, or the Knights of Columbus Hall.    She also appreciated the thrill and anticipation of the game itself.   Wilma often warmed up by playing the early bird “lightening” games before the regular games were called. She also enjoyed playing Euchre and would play in tournaments whenever possible.

Wilma Buffington, age 82, of Monroe passed away at 7:45am on Friday; April 15, 2022, at Fountain View of Monroe.   Her passing was preceded by her parents: Jesse and Reba McLain; her husband: George; a daughter: Donna Buffington; her brother: Ron McLain; and one granddaughter: Shantell Mullins.

Memorials are suggested to the Buffington Family to assist with funeral arrangements.   Online guests may leave words of inspiration and comfort or share a photo by visiting www.merklefs.com.

To send flowers to the family or plant a tree in memory of Wilma Buffington, please visit Tribute Store
Wednesday
20
April

Celebration of Life for Wilma Buffington