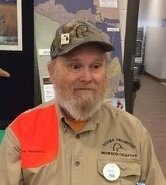 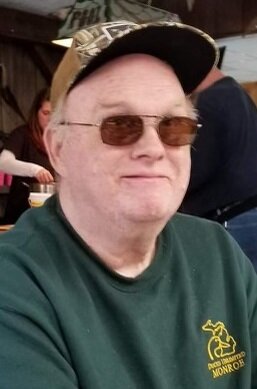 Please share a memory of Larry to include in a keepsake book for family and friends.
View Tribute Book

Larry William Bennett was born in Newport, Rhode Island on November 3, 1947.   He was the son of Edmund J. Bennett and Mary Lorraine (Flinn) Bennett.   He attended Sacred Heart in Shelton Township and Northville High School.   Although he didn’t finish high school he later completed his education earning his diploma in 1986 from the Monroe Adult Education.

Larry married the former Betty Lanham on February 27, 1971, and the couple moved to Monroe from Ecorse in December of 1972.   They were blessed with the birth of one daughter:  Shari.   The family attended North Monroe Street Church of God.

Larry took employment at Ford Motor Company Monroe Stamping Plant in November of 1971.   Over the course of the next thirty-two years he was employed in various capacities from working as a Janitor, in the Wheel Room, and with Coal.   His final assignment was as a member of the Internal Quality Auditor.   He worked in the Auditing Department in charge of Policy and Procedures.   A proud member of the UAW Local 723, Larry, retired on April 1, 2004.   In 2001, Betty, passed away.   He then married Karen Shores on June 21, 2003.   He operated KLM Vending for many years.

Larry was an avid volunteer and community activist.   He was a graduate of Leadership Monroe through the Monroe County Chamber of Commerce.    Larry was a Governor, Past President, and Fellow of the Monroe Moose Lodge 884 serving as Community Service Chairman.  He was a member of Project Ramp, the March of Dimes Board, American Red Cross, Board and Disaster Chairman, Monroe County Community Credit Union Board, and United Way Board.   Larry enjoyed hunting water fowl and ducks.   He was a life member of the National Rifle Association and served on the board and committee for Ducks Unlimited.   For fifteen years he served with Paws with a Cause.   Larry was also a junior bowling coach for ten years spending much time training his own daughter.

Larry was dedicated, organized, and helpful wherever he went.   He was a smiling familiar face to many in the community.   One of his greatest responsibilities was that of bringing joy to people of all ages.   He played a professional Santa Claus for decades, being an alumni of Howard Santa School in Midland, Michigan.  Even though he had declining health for more than seven years he last played Santa at Lowes just three years ago.

Larry William Bennett, age 74, of Monroe passed away on Monday; March 28, 2022 at Henry Ford Hospital in Detroit.   His beloved family was at his side.   His passing was preceded by his parents and first wife Betty.

In lieu of flowers, memorials are suggested to any charity that Larry was a part of.   Online guests may leave words of inspiration and comfort or share a photo by visiting www.merklefs.com.

To send flowers to the family or plant a tree in memory of Larry Bennett, please visit Tribute Store
Saturday
2
April