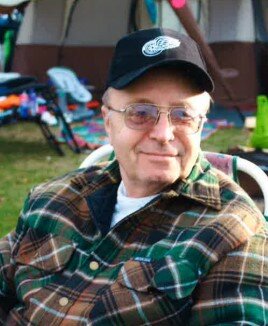 Please share a memory of Gregory to include in a keepsake book for family and friends.
View Tribute Book

Gregory James Clark was born on September 26, 1945, in Ypsilanti, Michigan. He was one of three children born to the union of Ray Edward Clark and Helen Jean (Bennett) Clark.   Greg attended Ypsilanti Schools before the family moved to Monroe where he attended Custer Elementary prior to graduating from Monroe High School with the Class of 1963.   He enlisted in the United States Army and served his country honorably during the Vietnam Conflict while being stationed in Germany.

Greg married the love of his life, Linda Jean Bardon, on June 21, 1969, at Trinity Lutheran Church.   The couple was soon blessed with two wonderful boys: Michael and Scott.   Greg was a hard worker and an excellent provider for his family.   He was employed as an electrician at Ford Motor Company and Visteon Automotive working at the Monroe Stamping Plant.   His career would span thirty-five years until his retirement in 2008.   Greg had a love for sports with hockey and baseball being his favorites.   Not one to sit around, he soon took a position as a Ticket Taker wearing the all too familiar red sports coat for the Joe Louis and then Little Caesers Arenas for another twelve years.

Greg loved his family dearly and many of his activities revolved around their needs.   Traveling was a favorite pastime and afforded him the opportunity to make and share fond memories with camping being a cherished activity.   Greg also loved woodworking and made beautiful carved items with a skil saw some of which are on display at the VFW in Monroe.   He was a member and Past Commander of the AmVets.   For many years, he enjoyed bowling at the Monroe Sports Center where he made many lifelong friends.   He was also an avid fisherman.   Greg cast a line wherever and whenever he could whether ice fishing in Northern Michigan, at Soldiers and Sailors Park along the banks of the River Raisin across from his home, or at the Sterling State Park.   He loved his grand and great grandchildren dearly, staying very involved with their many activities.

Gregory James Clark, age 76, of Monroe passed away unexpectedly on Sunday; March 27, 2022, at his home.   His passing was preceded by his parents:  Ray and Helen Clark and his brother:  Ross Clark.

Friends may gather from 2:00pm until 8:00pm on Thursday; March 31, 2022 at Merkle Funeral Service, North Monroe; 2442 North Monroe Street, Monroe, Michigan 48162 (734) 384-5185.   A Celebration of His Life will take place at 11:00am on Friday; April 1, 2022 also at Merkle’s with Pastor Daniel Potts of Trinity Lutheran Church officiating.   Procession will follow to Roselawn Memorial Park in LaSalle for burial where graveside services will be under the auspices of Monroe Veterans of Foreign Wars Post 1138.

Memorials for those who desire are suggested to Trinity Lutheran Church or the AMVETS.   Online guests may leave words of inspiration and comfort or share a photo by visiting www.merklefs.com.

To send flowers to the family or plant a tree in memory of Gregory Clark, please visit Tribute Store
Thursday
31
March