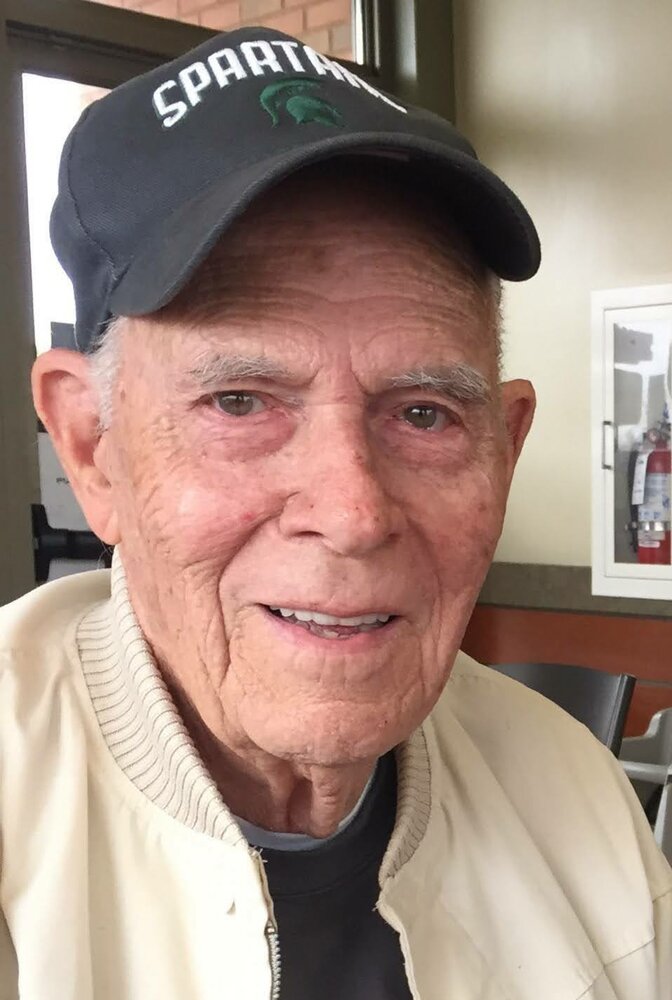 Please share a memory of Finlay to include in a keepsake book for family and friends.
View Tribute Book

Finlay (Mac) McCormick was born on September 29, 1930, in Cohoes, New York. He was the only child born from the union of Archibald and Robina (Fotheringham) McCormick. Following his high school graduation, Finlay enlisted in the US Navy and proudly served during the Korean War. After his honorable discharge he would obtain his bachelor’s degree from Michigan State University and graduate with the class of 1958. While still in college he met the love of his life, the former, Ann Marie Tubbs. The couple married on August 31, 1957, in Vermontville, Michigan. They were blessed with the birth of five children. To provide for his family, Finlay took employment in the field of law enforcement with the Pennsylvania State Corrections Department, New York Central Railroad, Michigan Liquor Commission, and as a deputy for the Washtenaw County Sheriff Department (WCSD). He would hold this position for over twenty years, allowing him to retire in 1988. After his retirement from WCSD, Finlay began driving a school bus for the Monroe Public School System. He retired again after over ten years and loved every minute of his time with the children.

Finlay valued the accomplishments of his children, grandchildren, and great grandchildren by attending school and sporting events. In Monroe he provided a positive influence to youth by coaching soccer and baseball teams. He was a Past President of the Monroe Optimist Club.

Finlay loved traveling. It began with his parent’s taking him to their homeland of Scotland after his high school graduation. Finlay and his wife traveled twice to Scotland to visit his family. They also went on cruises to Alaska and the Caribbean.

Finlay was an artist. He created beautiful murals tooled in leather. He also created intricate models, and airbrushed tee-shirts and jean jackets. Other hobbies included never missing an opportunity to hit the links at Green Meadows Golf Course where he played in the “Retirees Golf League.” He also appreciated a cool breeze against his face riding with the Law Dogs Motorcycle Club. Finlay truly treasured the time he was able to spend hunting and fishing in his wife’s hometown of Vermontville. His most accomplished hunting trip was in Canada where he bagged a bear. He enjoyed time on the water sailing.

Finlay McCormick, age 91, of Dunedin, Florida, formerly of Monroe, passed away peacefully at his home on Saturday; March 19, 2022 with family by his side. His passing was preceded by both of his parents.

Finlay will be laid to rest in a private graveside service at Woodland Cemetery in Vermontville, Michigan at a later date. Services will be officiated by his daughter, Captain Linda McCormick of the Salvation Army. His care has been entrusted to Merkle Funeral Service, Dundee; 297 Tecumseh Street, Dundee, Michigan 48131 (734) 529-3156.