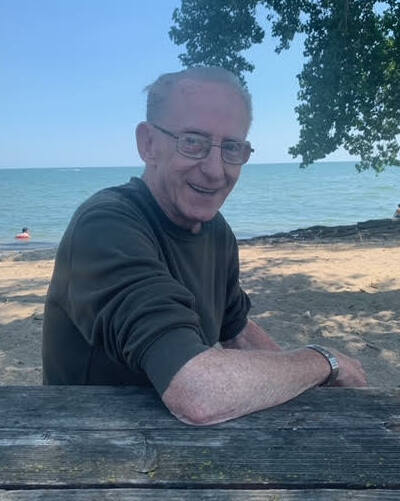 Please share a memory of Bruce to include in a keepsake book for family and friends.
View Tribute Book

Bruce Earl Carter was born in Highland Park, Michigan on December 18, 1942. He graduated from Highland Park High School with the Class of 1960 where he lettered on the football team. For three years, he proudly served his country as a member of the United States Navy stationed at Virginia Beach.

A hard worker, Bruce prided himself on being an excellent provider for his family.   Most recently, he was employed as a machinist at Mercury Manufacturing in Wyandotte, Michigan.  He retired in 2017 after ten years of service.

On June 20, 2001, Bruce wed the former Linda Slater in a simple ceremony held in Monroe, Michigan.   Bruce and Linda had first crossed paths twenty years earlier at a convenience store in Texas where Linda was a cashier and Bruce a frequent customer. The couple were blessed with a daughter in addition to Linda’s daughter whom he loved like his own.

Bruce loved to be near the water and enjoyed picnicking with his daughter at Sterling State Park where he would tell old Navy stories.  A talented pool player, his billiard skills earned him many coveted trophies.   Bruce was also an avid football fan and was especially fond of cheering on the University of Michigan.   Bruce was a fabulous cook and shared his culinary skills with his wife. A news junkie, he kept up on current events which sometimes led to very spirited conversations with the television. More than anything else, Bruce loved spending time with his family and friends, especially his grandchildren. He enjoyed teaching them card games and was never afraid to join them for a tea party.

Bruce Earl Carter, age 79, of Newport, Michigan, passed away peacefully at ProMedica Monroe Regional Hospital on Wednesday; March 9, 2022.   His passing was preceded by his parents; a brother: Roger Carter; and his wonderful canine companion, “Lexi”, a Havanese who was more than a dog to the Carter family.

Private services have been held and no public services are planned.   His care has been entrusted to Merkle Funeral Service, North Monroe; 2442 North Monroe Street, Monroe, Michigan 48162 (734) 384-5185.   Cremation has taken place through Covenant Cremation of Erie, Michigan.

Share Your Memory of
Bruce
Upload Your Memory View All Memories
Be the first to upload a memory!
Share A Memory