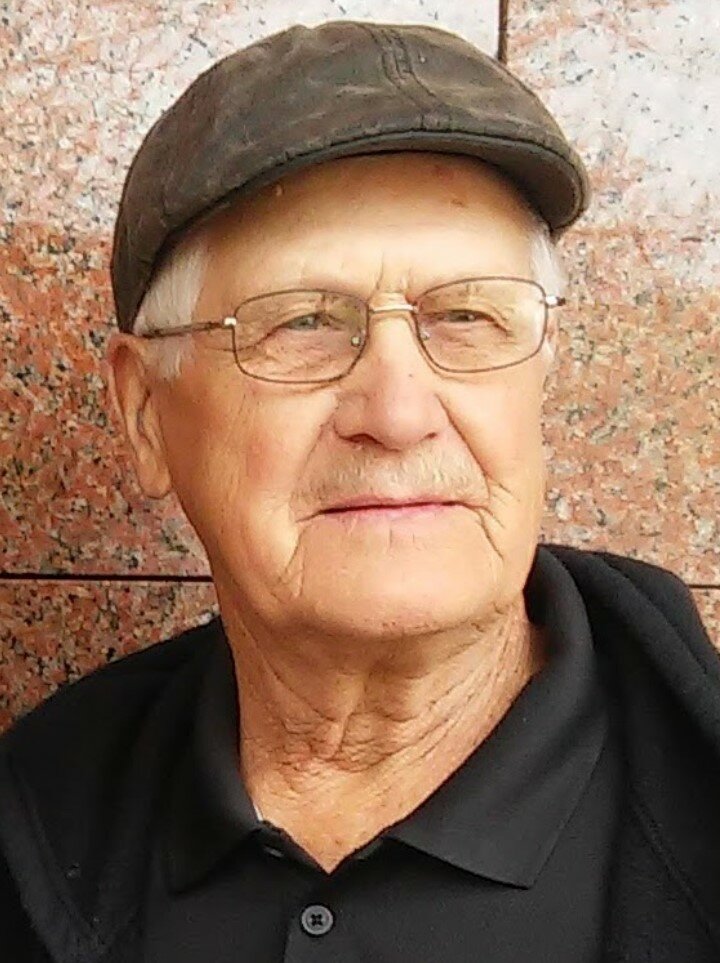 George Kleinow Jr. was born in New Boston, Michigan on May 17, 1935.   He was the son of George Kleinow Sr. and Della (Gilstorff) Kleinow.   The family moved to Monroe County in 1943 and George was educated at the Long Bridge One Room Schoolhouse where he earned his eighth-grade diploma.

In 1955, George took employment with the DT & I Railroad as a Carman.   Although, he made only $1.68 per hour he would become an excellent provider and care for the needs of his family.   He married the love of his life, Julie Catheleen Collins, on January 12, 1957, in Wyandotte, Michigan, and the couple would be blessed with four children of their own.   In 1966, they built a home in Exeter Township raising their children on a 208-acre farm.   George planted wheat, corn, oats, and soybeans.   Farming was his passion and he thrashed for fifty years spending Sunday afternoons operating a steam engine.   He also enjoyed working with horses and mules; harnessing teams to work the fields.   He stayed in excellent physical shape chopping wood to heat his home.

Family was always important to George and his relationship with Julie was his most prized.   The love birds regularly took casino trips visiting Greektown and other facilities throughout Michigan.   He was a member of the Belgium Club in Erie often dancing the night away with Julie at the Erie VFW Post 3925.

George Kleinow, Jr., age 86, of Carleton passed away at home on Saturday; March 5, 2022, under the care of ProMedica Monroe Hospice.   He was surrounded by his loving, attentive family.   His passing was preceded by his parents; his beloved wife:  Julie on April 30, 2014; a grandson:  William Domine; and an infant grandson:  Robert F. Cain II; one sister: Peral Kleinow and one brother: Fredrick Kleinow.

Memorials are suggested to Monroe County Relay for Life or to the Exeter Township Firefighters Association.   Online guests may leave words of inspiration and comfort or share a photo by visiting www.merklefs.com.

To send flowers to the family or plant a tree in memory of George Kleinow, please visit Tribute Store
Wednesday
9
March