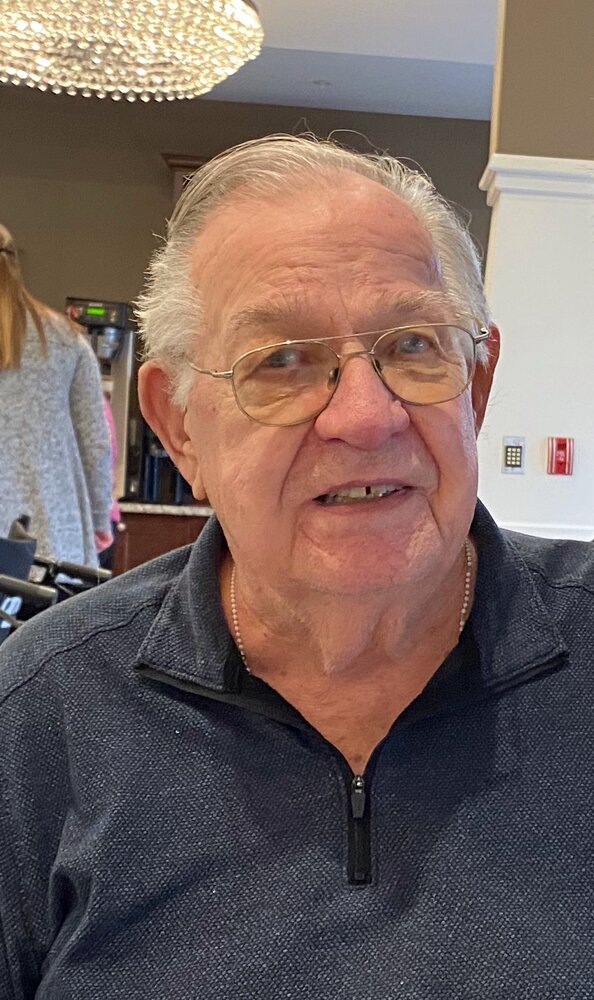 Please share a memory of Fredrick to include in a keepsake book for family and friends.
View Tribute Book

Fredrick Allan Corser was born on May 3, 1930, in Detroit, Michigan. He was a son born from the union of Harold McFarlane and Cecilia (Kanigoski) McFarlane. At the age of thirteen, on July 23, 1943, Fred and his brother, Harold Elvin were adopted by Edwin James Corser. Fredrick would attend classes at Stockbridge High School in Stockbridge, Michigan. It was in 1948 when Fred answered his call of duty and enlisted in the armed forces as a member of the United States Army.   Fred bravely served our great nation during the Korean War.

On June 30, 1951, Fred married the love of his life, the former Joan Caroline Caskey. The happy couple would be blessed with the birth of two children: Fredrick Allan Jr. and Karen Joan. Fred ran a tight ship and would often, jokingly, offer his son a “knuckle sandwich” to remind him to behave, to which Fred Jr. would reply, “no thank you, I am not hungry”. To provide for his family, Fred, would be gainfully employed for over forty years as a truck driver, working for Plymouth Flush Door and Grief Brothers.   Fred and Joan moved to Monroe in January of 1993.

In his free time, Fred enjoyed solving word search puzzles.   Much later in life he would also learn the skill of knitting so he could create hats to donate to Heartbeat of Monroe. This organization helped to educate families in relation to pregnancy and parenting.

Fredrick Allan Corser, Sr., age 91, of Monroe, passed away at ProMedica Monroe Regional Hospital on Friday; March 4, 2022.   His passing was preceded by his parents, a brother: Harold Corser, his son-in-law:  William W. Joyner and his wife of seventy years: Joan Corser, who passed in October of 2021..

Cremation has taken place through Covenant Cremation of Erie and no public services are planned at this time. His care has been entrusted to Merkle Funeral Service, Dundee; 297 Tecumseh Street, Dundee, Michigan 48131 (734) 529-3156.

Share Your Memory of
Fredrick
Upload Your Memory View All Memories
Be the first to upload a memory!
Share A Memory