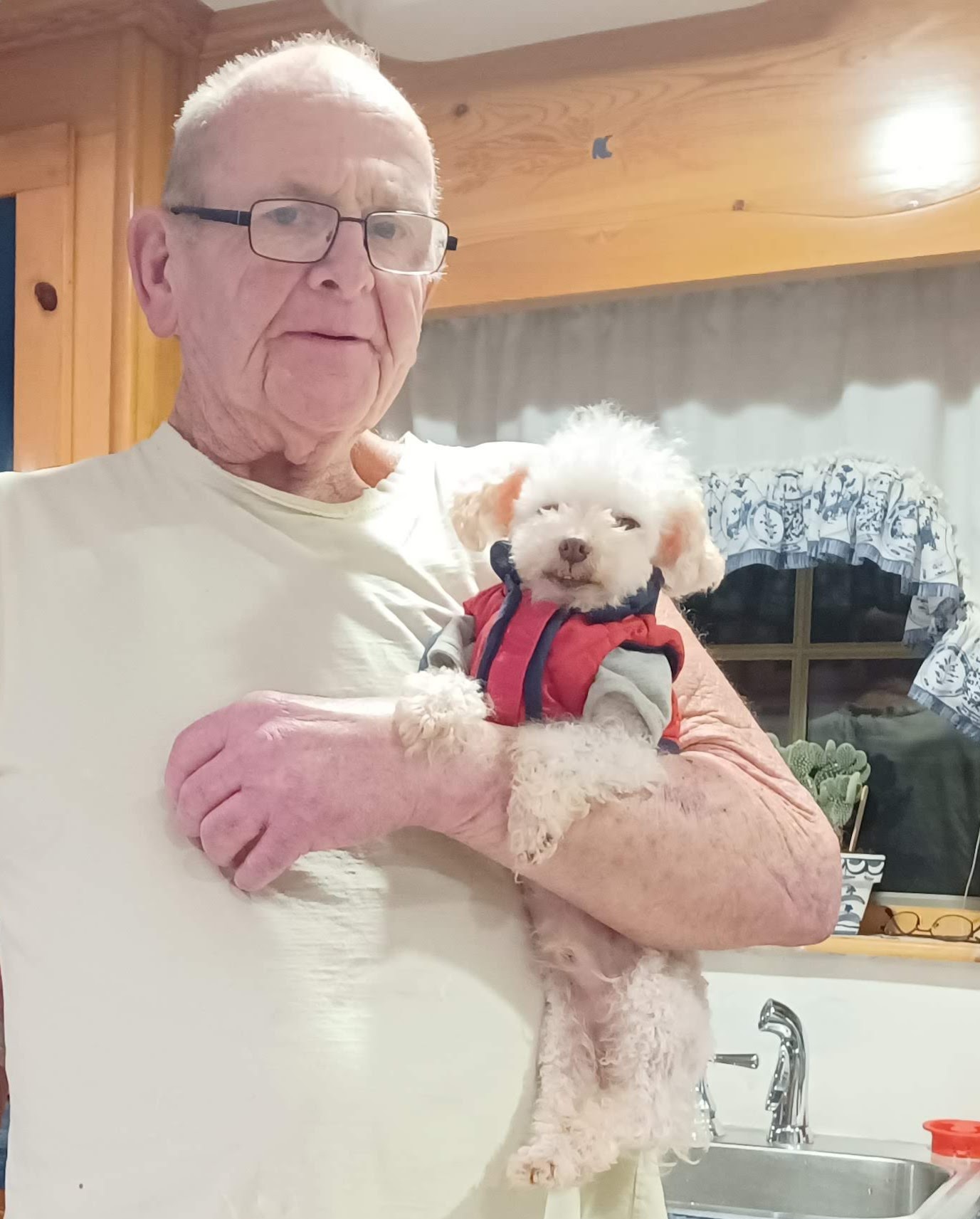 Please share a memory of Alstorf to include in a keepsake book for family and friends.
View Tribute Book

Alstorf Hollis Shiflett was born on November 18, 1944.   He was one of two sons born from the union of Dennis and Elsie (Williams) Shiflett. Al, as he would be commonly known, would attend and graduate Jefferson High School with the class of 1962.   Al took employment with the CSX Railroad company as a conductor brakeman.   For many years during his forty-five years of service to the railroad, Al would serve as the chairman of his local for CSX.  Al would meet and instantly fall in love with the former Ruth Thompson. Even being opposites, from the moment the couple met, they both knew they were meant for each other.   Al loved to always be on the “go” whereas Ruth enjoyed staying home.

Al and Ruth would spend their entire summers sailing, on the water, with as many as four Poodle dogs at one time. An avid outdoorsman, he hunted the state land near Mio or cast a line in the waters of Lake Erie. Camping in State Forests was something Al, would look forward to, especially since he and Ruth had no neighbors and were surrounded by the beauty of the woods on all four sides.

Each year, Al took great pride in planting a garden.   He always planned for Marigold flowers to be part of his landscapes for one simple reason, they kept rabbits and bugs from destroying his hard work.  Corn and tomatoes were also staples in Al’s annual vegetable garden.

Al was not one to let the grass grow under his feet.   He never stayed home an entire day, until he became sick. In fact, after he became ill, Al would walk the hallways of his house just to keep his movement and strength up.   Al had an adventurous spirit, and disliked being homebound, throughout his life he was always wondering what challenge was around the next corner.

Alstorf “Al” Shiflett, age 77, of Monroe passed away at 6:57pm on Sunday; February 20, 2022, at his home.   His passing was preceded by both his parents; one brother: Tom Shiflett; and a stepson: Keith Hall.

To cherish his memory, he leaves his wife of almost forty-two years:  Ruth; two daughters; and one stepson: Bryan Hall of Monroe.

To send flowers to the family or plant a tree in memory of Alstorf Shiflett, please visit Tribute Store
Wednesday
23
February