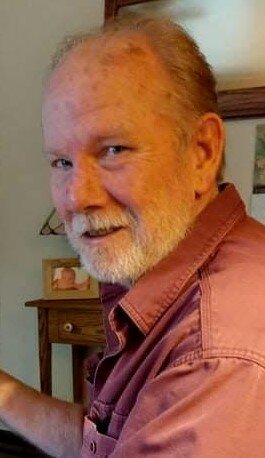 Richard Burton Patterson was born in Detroit, Michigan on October 26, 1956. He was the youngest of four children born to Stanley Burton Patterson and Geneva Helen (Stockton) Patterson. Rick was a proud alumnus of the University of Michigan where he received a bachelor’s degree in mechanical engineering. He was employed as a mechanical engineer at Ford Motor Company for twenty years before retiring in 2021. On May 10, 2004, he wed Linda Dobies in her home state of California. She was welcomed into the Patterson family by Rick’s two grown sons.

As a young man, Rick, enjoyed camping outdoors and adventurous sports such as skiing, both gliding through the water and down the snowy slopes. Rick also loved the freedom of cruising around on his Kawasaki Ninja motorcycle. He was an avid fan of Detroit Red Wings hockey and University of Michigan football. Rick had an interest in tinkering on old cars and had recently realized his dream of restoring two Volkswagen Beatles which he enjoyed sharing at car shows. He was also a talented woodworker and carpenter. Rick liked to target shoot with his small collection of rifles on occasion. A nostalgic person, he pined for simpler times and enjoyed reminiscing by watching vintage television series such as The Three Stooges and The Little Rascals. Rick and his wife had a soft spot in their heart for cats and took in many strays in need of a meal and loving touch. Although he was generally a quiet person who stuck close to home, those who were fortunate enough to know Rick well were blessed by his kindness and great sense of humor.

Richard Burton Patterson, age 65, of Dundee, Michigan, passed away at home on Sunday, February 20, 2022. In addition to his parents, his passing was preceded by his brother: Robert Patterson and brother in-law: John Hacker.

Share Your Memory of
Rick
Upload Your Memory View All Memories
Be the first to upload a memory!
Share A Memory