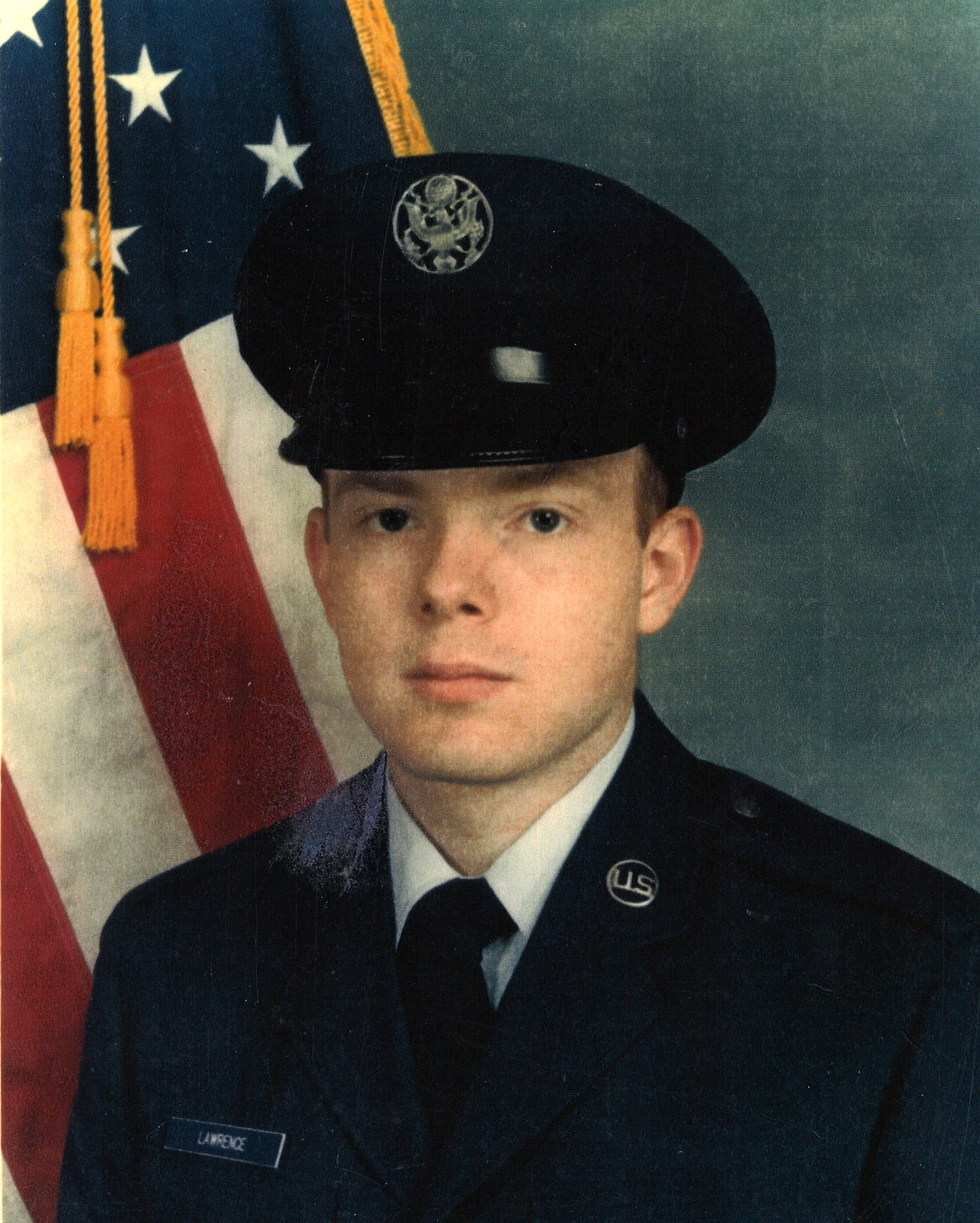 David Brian Lawrence was born at St. Joseph Mercy Hospital in Ann Arbor, Michigan on May 11, 1964.   He was born the youngest of five children, two sons and three daughters, to Bobby Ray Lawrence and Norma Jean (Young) Lawrence.   He graduated from Pinckney High School in 1982.   He later attended some college and trade school.   David enlisted in the United States Air Force and served his country proudly.   He obtained the rank of TSGT/ E6 and was a part of the 110 Fighter Wing in Battle Creek.  David’s work included F-16 and F-22 Fighter Jets specifically weapons and cameras systems.   He served four years active and eighteen years as a reservist in the Air National Guard spending much time oversees traveling and deployed during the Bosnian Conflict and Iranian Invasion.   He was discharged just prior to the Operation Desert Storm.

He married Carrie Ann Sayles at the Toledo Courthouse on May 11, 1999, and the couple were blessed with one son.   For several years he worked with Borg Warner Automotive as a technician making headlights for the Big 3 before taking a position with Nor Folk Southern Railroad.   David found satisfaction when employed at the United States Postal Service as an Electronics Technician.   His work included the machines that processed the mail and David was excited to learn new skills, and on several occasions traveled to Norman, Oklahoma to obtain additional training, even taking Carrie along for the ride.   At the office he was very well respected due to his work ethic and willingness to help others.   He was an integral part of the Downtown Toledo Post Office.

David was very close to his son, Noah the two had many similar interests both enjoying putting models together, comic books (Marvel series being his favorite), science fiction, action, and adventure.   David loved Star Trek, the classics, especially, John Wayne, and classic horror movies, produced by Sven Goolie.  He weekly watched the horror movies on METV with his mom on the phone, tuning in from home.

David had a great sense of humor, loved to drop puns, and was informative on a plethora of different subjects.   Throughout his life he had a passion for photography and cataloged his world travels.   Extremely knowledgeable about astrology he regularly viewed the constellations through his two telescopes.   David also had a “cycle of the moon” app on his phone, happy to share information with anyone willing to listen.

David Brian Lawrence, age 57, of Perrysburg passed away on Sunday; January 30, 2022 at St. Vincent Mercy Medical Center in Toledo.   His passing was preceded by his father in 1996 and a brother-in-law, Jim Poppenger, also on January 30, 2022.

Friends may gather from 2:00pm until 8:00pm on Monday; February 7, 2022 at Merkle Funeral Service, South Monroe; 14567 South Dixie Highway, Monroe, Michigan 48161 (734) 241-7070.   A Celebration of His Life will be held at 11:00am on Tuesday; February 8, 2022 also at Merkle’s with Pastor Roy Southerland officiating.   Procession will follow to Roselawn Memorial Park in LaSalle for burial where graveside services will be under the auspices of Monroe Veterans of Foreign Wars Post 1138.

Memorials for those who desire are suggested to Cherry Street Missions, 1501 Monroe Street, Toledo, Ohio 43604.   Online guests may leave words of inspiration and comfort or share a photo by visiting www.merklefs.com.

To send flowers to the family or plant a tree in memory of David Lawrence, please visit Tribute Store
Monday
7
February