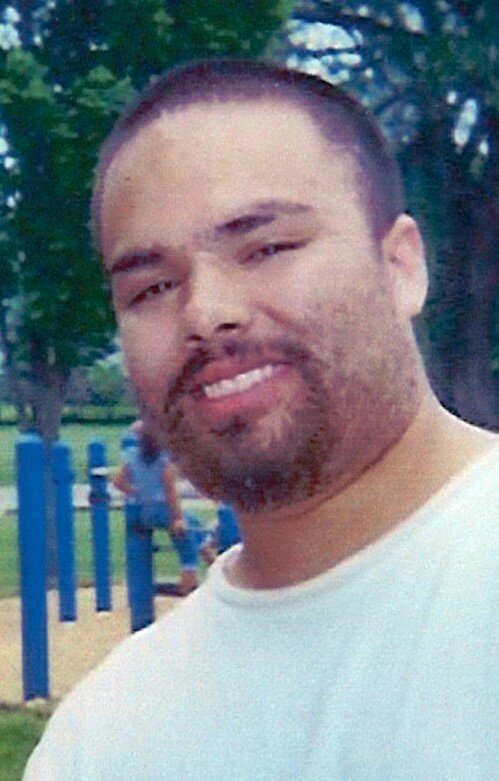 Vincent Ferdin was born in San Antonio, Texas on May 3, 1982.   He was the son of Gilbert Ferdin and Aurora "Norma" (Garza) Ferdin.  Vince was extremely proud of his Mexican American heritage.   In 1986 the family moved to Monroe, Michigan where Vincent would attend Monroe Schools.  Very intelligent, he became an ordained minister and received good grades before graduating in 1999 from Orchard Center High School.   As an adolescent, Vince was extremely proud to be a founding member of the “Orchard Outlaws”.   This gang of friends remained close throughout their lives.

Vincent was a hardworker, it had been said on more than one occasion the best worker that many employers had, and an excellent provider for his children.   Locally, he was employed by Michigan Bar and Grill in various capacities over the years and had a special relationship with the Rendina’s.   He moved to Chicago to complete his Apprenticeship Program.   He spent the next ten years of his life working in the Neon Light and Industrial Signage Industry as an Electrician.   During this time, Vince, truly lived his best life, healthy and productive spending time in Wisconsin and even South Dakota for work.

Vince was a man of many personas, but one thing that was for certain is that his love for others always exceeded his love of self.   He could be quite kind and sensitive with a big heart.   Pumba as he was known by his nieces and nephews was a father figure to many of the neighborhood children.   Even standing only 5’2” tall when he walked into a room, he filled the space as if he was 7’ tall.   Although he was a little crazy, he was a people pleaser, and it was known that “Vinny Mac”, was always willing to "take one for the team"!

Vincent “Pumba” Ferdin, age 39, of Monroe passed away at 2:41pm on Thursday; January 20, 2022 at ProMedica Monroe Regional Hospital after a lengthy illness.   His passing was preceded by his father:  Gilbert Ferdin in 2004 and two stillborn children:  Felipe Ferdin and Leonidas Ferdin.

Friends may gather from 12:30pm until 2:30pm on Friday; January 28, 2022 at Merkle Funeral Service, South Monroe; 14567 South Dixie Highway, Monroe, Michigan 48161 (734) 241-7070.   A Celebration of His Life will follow at 2:30pm also at Merkle’s with Pastor Heather Boone of Oaks of Righteousness officiating.   Procession will follow to Roselawn Memorial Park in LaSalle for burial.

In lieu of flowers memorials are suggested to the family to assist with funeral arrangements.   Online guests may leave words of inspiration and comfort, share a photo, or make a donation at CROWDFUNDING by visiting www.merklefs.com.

To send flowers to the family or plant a tree in memory of Vincent Ferdin, please visit Tribute Store
Friday
28
January

Celebration of Life for Vincent Ferdin