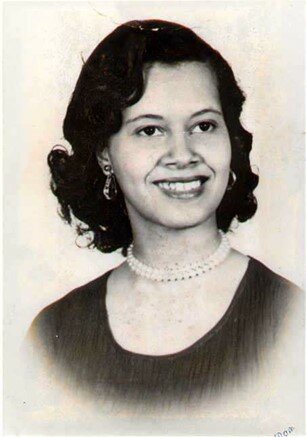 Olivia Lee (Walker) Chappell heard the call of her Heavenly Father to come home on January 4, 2022. Olivia was born on March 5, 1921, daughter of the late Dishman and Edith (Mills) Walker, in Williamsburg, Kentucky. Having been born just 56 years after the Civil War ended, Mrs. Chappell noted that all eight of her great-grandparents had been enslaved. After the tragic passing of her mother in 1929, Olivia was raised by her Aunt Laura (Cain) and cousin Annabelle Whaley, and her maternal great-grandfather John Cain, who was born a slave in 1848.

Olivia attended a one-room elementary school that was the only educational facility for Black children in Williamsburg; however, because of the city’s segregated school system there were no schools to educate Black children beyond the eighth grade. As a result, Olivia attended high school at the prestigious Lincoln Institute in Louisville. Lincoln Institute was an all-Black boarding school that provided high school education for Black children living in the segregated South.

Throughout her childhood, Olivia maintained a close relationship with her best friend, Emma (Chappell) Matthews and her two brothers William “Billy” and Roy. The Chappell family had relocated to Monroe in the early 1930s, after Sergeant Linold Chappell was discharged from the U.S. Army (24th Infantry, Buffalo Soldiers). After moving to Monroe, Linold and Flora (Evans) and their children – Billy, Roy, and Emma – joined Carey Chapel AME Church. Olivia and Billy continued a courtship that began years earlier when they were both children living in Kentucky. Olivia eventually moved to Monroe, and she and Billy married on January 2, 1941, in Toledo. Billy soon started work as a welder at Monroe Steel Castings and later served as President of Local 859 of the United Auto Workers. Olivia initially worked as a domestic for the McIntyre family and was later employed by and retired from the Ford Motor Company, Rawsonville Plant in Ypsilanti.

Olivia was a powerful force in the community and was loved and respected by all who knew her. She was a woman of immense wisdom and compassion who carried many titles, to include Ms. Lib, Aunt Lib, Mrs. Chappell, Ms. Olivia, Grandma, and Momma. She loved fashion and listening to gospel music and continued to travel and dance until she was called home. More than anything, she loved spending time with her family. She will never leave us, even though she is gone.

To send flowers to the family or plant a tree in memory of Olivia Walker Chappell, please visit Tribute Store
Saturday
15
January