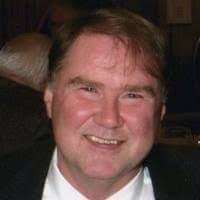 Jack Edward Durbin was born January 8, 1953 in Monroe, Michigan. He was one of three children born to the union of John Joseph and Naomi Adeline (Yape) Durbin.  Jack attended Ida High School in Ida, Michigan graduating with the Class of 1971.  A very active student, he played the snare drum with his high school band for two years. He was a member of the football team all four years and served as co-captain. He also played basketball for three years, wrestled his Senior year, ran track for three years and played baseball for one year, making Jack a three-year Varsity letterman. Additionally, he was the Senior Class President, Junior Class President, a member of the chess club for one year and a member of the National Honor Society his Junior and Senior years.  After four successful years at Ida High School Jack would further his education at the University of Michigan in Ann Arbor, Michigan. He graduated with a Bachelor’s of Science in Civil Engineering on December 14, 1975 before obtaining his Master’s degree of Science in Civil Engineering on May 3, 1980.   Jack spent most of his life in Monroe before moving to Ann Arbor to attend college. He then moved to Ypsilanti, Michigan before making his home in Livonia, Michigan in 1988.

Jack attended the Ward Presbyterian Church in Northville, Michigan. His knowledge in Civil Engineering led Jack to several municipal positions.  He was the Washtenaw County Deputy Drain Commissioner, Director of the Department of Public Works for Washtenaw County, Deputy director of the Wayne County Division of Public Works, Michigan Area Manager and Associate Vice President of Arcadis and for the past eighteen years he was the owner and president of Environmental Science and Engineering Technology also known as E.S.E.T., Inc.  Jack enjoyed his work but loved spending time with his grandchildren more than anything else.

For those desiring, memorial contributions in Jack’s memory can be made to St. Jude Children’s Research Hospital. Online guests may leave words of comfort and inspiration or share a photo by visiting www.merklefs.com.

To send flowers to the family or plant a tree in memory of Jack Durbin, please visit Tribute Store
Monday
3
January