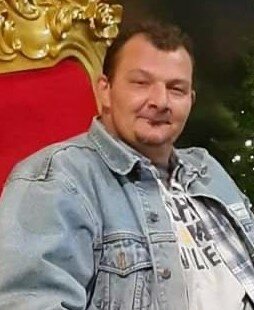 Abraham James Grodi was born in Sacramento, California on April 19, 1977.   He was the son of Robert Francis Grodi and Janice Ann (Yoakum) Grodi.   Abe attended Monroe Public Schools and Monroe High School.   Although he dropped out his senior year of school, he was quite proud of the fact that he later earned his GED.

Abe married Michelle Gaona in 1999, and the couple would be blessed with the birth of three children.   Abe loved being with family and cherished the time he spent with his children and siblings.   He had a great sense of humor, always being the life of the party, and was an interesting dancer.   He was a die-hard Lions fan unfortunately.

For a majority of his life, since he was a little boy, Abe, worked in construction.   He was employed by several local companies including Harper Construction, Five Star Construction, Irv's Working Crew, and Szuch Services.   He was extremely strong and despite his size very agile when it came to scaling a roof.

He had been blessed to meet his fiance four years ago and then moved to Flint where they made their home.   Abe loved listening to old country music.   He liked to camp was an excellent cook, grill master, and knew how to work the stone.   Because he was the family chef, Abe, received nanna’s recipe cookbook.   Christmas decorating for the holidays was a favorite pastime.

Abraham James Grodi, age 44, of Bay City formerly of Monroe passed away on Tuesday; December 7, 2021 at McLaren Hospital Flint.  His beloved family was at his side while he had been in rapidly declining health for several weeks.   His passing was preceded by his parents; a sister:  Fancy Mayes, a niece Katlynn Hill, an uncle:  Denny Yoakum; and his former spouse:  Michelle on July 24, 2018.

In lieu of flowers memorials are suggested to the Grodi family to assist with funeral arrangements.   Online guests may leave words of inspiration and comfort, share a photo, or make a donation by visiting the CROWDFUNDING page at www.merklefs.com.

To send flowers to the family or plant a tree in memory of Abraham Grodi, please visit Tribute Store
Sunday
12
December