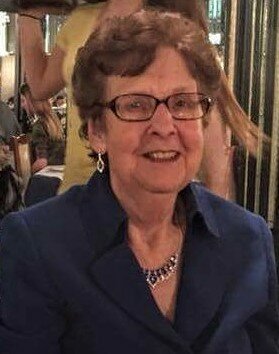 Dolores Louise Clock was born on March 31, 1934 in Monroe, Michigan. She was one of ten children born to Clement and Mabel (Roscoe) Clock. Dolores was a graduate of Monroe High School.   On February 21, 1953 she wed Roy Hilty and they enjoyed nearly forty-two years of marriage and were blessed with nine children. After Roy’s passing in 1995, Dolores was fortunate to find the second love of her life, Lloyd Masters, whom she married on November 28, 1998. The pair were joined in marriage for fifteen years before Lloyd’s passing in 2013.

Dolores had a deep love for children and made it her life’s work to care for them.   In addition to her own, she also looked after little ones at Happiness Is Daycare in Point Place, Toledo, Ohio. The Hilty home was the place to be while Dolores’s children were growing up.   All the neighborhood kids would congregate there, and she enjoyed every moment. Most recently a parishioner of Mount Carmel Catholic Church in Temperance, Michigan, Dolores had been a longtime member of St. Joseph Catholic Church in Erie, Michigan. She was a frequent visitor of the Bedford Senior Center where she was sure to get her exercise line dancing.

Dolores enjoyed perusing the aisles of Kmart and Dollar General. During the summer months she meticulously maintained her landscaping. Dolores never missed an episode of Dancing with the Stars and was an avid fan of Elvis and George Strait. She enjoyed the challenge of completing large jigsaw puzzles. Simply put, Dolores was a sweet, kind, and independent woman whose greatest pride was her family.

To send flowers to the family or plant a tree in memory of Dolores Hilty-Masters, please visit Tribute Store
Wednesday
8
December

Mass of Resurrection for Dolores Hilty-Masters