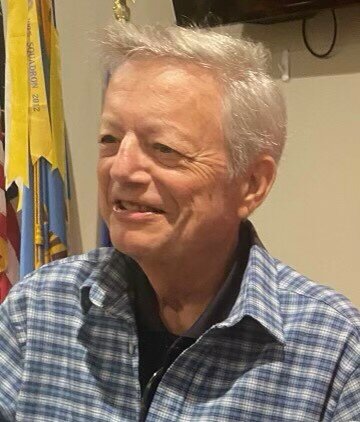 Luciano Crusi was born in Lussinpiccolo, Italy on February 22, 1943.   He was the son of Guerrino Antonio Crusi and Nives (Zuvanich) Crusi.   Following the end of World War II, the Crusi family moved several times across Europe.   When Lou was 13, the family moved to America.

Lou graduated with the Class of 1962 from John Handley High School in Winchester, Virginia.   He then obtained his Bachelor’s in Electrical Engineering from the University of Dayton in 1967.   While in college, Lou would enlist the ROTC program, and was commissioned in the United States Army upon the receipt of his degree.   He was stationed in Italy in the late 1970’s.   Following his discharge he would make his home in Pittsburgh, Pennsylvania.

Lou came to Michigan in 1987, but it wasn’t until 1989 that he would meet his future bride, Donna Marie (Johnson) Philo, and move to Monroe County.   The couple would be joined in marriage on June 6, 1998, at the Sawyer Homestead in Monroe.   Lou served as a Quality Engineer in the auto industry for Severstal, formerly Rouge Steel, for twenty years.   He retired in 2009.

He enjoyed playing golf and had participated in several leagues at River Raisin and Lakes of Taylor courses although he enjoyed playing wherever he traveled.   He adored his grandchildren, and enjoyed sharing his hobbies of golf and woodworking, which he was an extremely gifted craftsman, with them.   A member of the Detroit Beach Boat Club he also dabbled in photography and gardening.

Luciano “Lou” Crusi, age 78, of Monroe passed away peacefully at his home on Saturday, November 13, 2021.   He was surrounded by his loving family and under the care of ProMedica Monroe Hospice.   His passing was preceded by his parents; a brother:  George Crusi; and a stepson:  John Philo Jr.

According to his wishes his cremation has taken place through Covenant Cremation of Erie, Michigan, and his cremated remains will be returned to his birthplace in present day Croatia.

Memorials for those who desire are suggested to ProMedica Monroe Hospice.   Online guests may leave words of inspiration and comfort or share a photo by visiting www.merklefs.com.

To send flowers to the family or plant a tree in memory of Lou Crusi, please visit Tribute Store
Saturday
20
November

Celebration of Life for Luciano Crusi