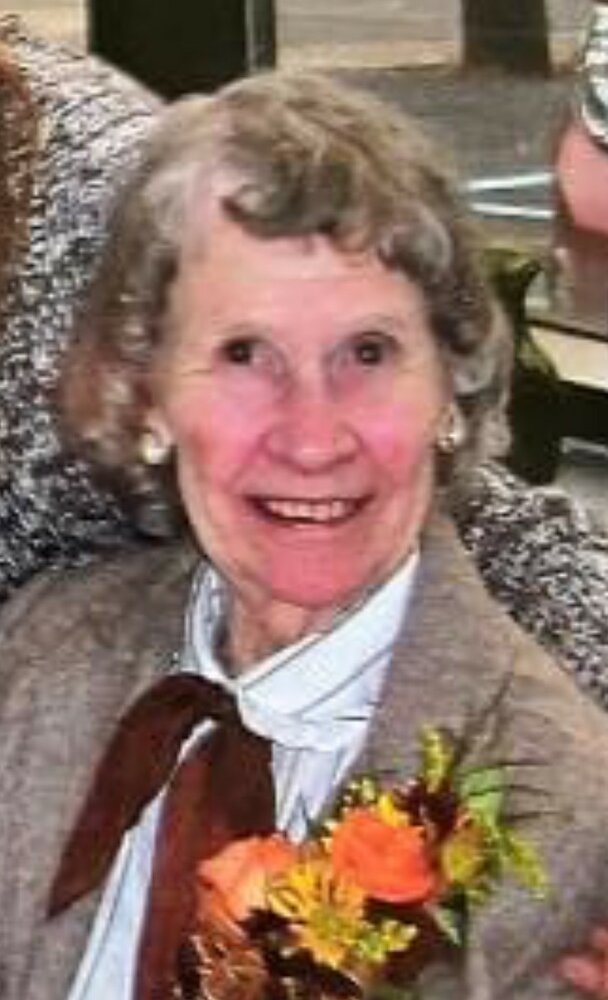 Please share a memory of Emilie to include in a keepsake book for family and friends.
View Tribute Book

Emilie Bessie Yape was born on October 1, 1924 in Erie, Michigan. She was one of eight children from the union of Fredrick and Naomi (Beck) Yape.   The day after her nineteenth birthday, on October 2, 1943, she was joined in marriage to John Bellair at Martin Luther Lutheran Church in Toledo, Ohio.   The couple enjoyed seventy years of wedded bliss and were blessed with two children.   As a young woman Emilie was employed at a bakery in Toledo and the Willow Run Bomber Plant during WWII.

A devout Christian throughout her life, Emilie became a member of Christ the King Lutheran Church in Southgate, Michigan shortly after its founding.   As a homemaker, Emilie, made it her life’s work to take care for the needs of her family.   She loved children and often babysat her nieces, nephews, and grandchildren.   Emilie would get down on their level and play with whatever toy they were interested in.   She loved movies and had over a thousand DVD’s and VHS tapes.   Emilie looked forward to gathering the grandchildren for movie marathons which would last well into the early morning hours.   She baked regularly, weekly making treats for her husband and children’s lunches.   They especially enjoyed her homemade chocolate cake with chocolate frosting and Christmas cookies baked with her mother-in-law’s recipe.   Christmas was Emilie’s favorite time of year as she decorated their home with an elaborate tiered Christmas village each holiday season.

Emilie enjoyed the challenge of a jigsaw puzzle and watching mystery shows on television, particularly Perry Mason.   She had a lighthearted, silly personality and only grew funnier with age.   Emilie had the ability to make someone smile in literally any situation.   A deeply kind and caring person, she was always concerned about the wellbeing of others.   A classy lady, Emilie, never left the home underdressed or attended church services without wearing a hat.

The Bellair family extends a special thank you to the staff at Wellspring Lutheran Home, where Emilie made many friends. Online guests may leave words of inspiration and comfort or share a photo by visiting www.merklefs.com.

To send flowers to the family or plant a tree in memory of Emilie Bellair, please visit Tribute Store
Monday
15
November