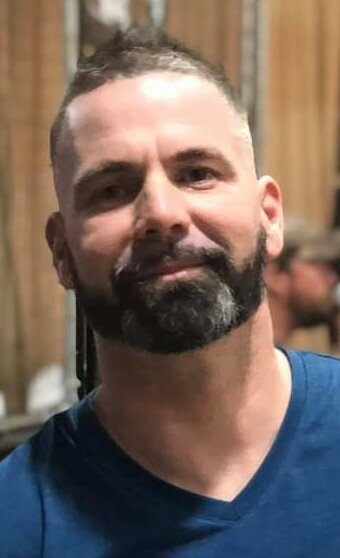 Jason Patrick Benardo was born on March 18, 1980 in Monroe, Michigan.   He was the son of William Joseph "Joe" Poupard and Krisanne (Benardo) Wojciechowski.   As a young boy, Jason, displayed natural abilities as an excellent athlete.   He attended Jefferson Schools where he played Junior Varsity football and lettered on the baseball team.   He was a 1998 graduate of Jefferson High School.

Even after graduation, Jason, stayed very active playing baseball and softball.   He was a frequent fixture in league play at Frenchtown Kiwanis Park sometimes playing seven days a week.   Donning the number 23 jersey for all his games, Jason, looked forward to play at the Newport Fireman’s Festival where he would be a member of the infamous Newport Mafia team a conglomeration of high school friends.   He enjoyed golfing and had an impressive drive.

Jason married the former Stacy Meyers in 2004 and from this union the couple would be blessed with the birth of one daughter:  Sofia.   Jason worked in construction as a carpenter for fifteen years as a commercial roofer with Centimark.   The past four years he was employed on the assembly line at the Jeep plant in Toledo.   He recently had taken a medical leave.

First and foremost, Jason, was an excellent father to his daughter.   They had an amazing bond and were thick as thieves.   He was Sofia’s biggest fan and she was his.   Even the day before Jason’s own passing, he had attended Sofia’s volleyball game.

Jason had a heart of gold, he genuinely cared for those around him, loving his family and friends unconditionally.  Always the character, he had a great sense of humor, often cracking jokes and making others smile.   He was also known for taking after his mother with his proud stubbornness.

Jason Patrick Benardo, age 41, of Monroe passed away unexpectedly on Thursday; September 30, 2021 at his home.   His passing was preceded by his paternal and maternal grandparents; an aunt:  Terry Poupard and an uncle:  Randy Poupard.

Memorials for those who desire are suggested to the Benardo Family.   Online guests may leave words of inspiration and comfort or share a photo by visiting www.merklefs.com.

To send flowers to the family or plant a tree in memory of Jason Benardo, please visit Tribute Store
Wednesday
6
October

Celebration of Life for Jason Benardo