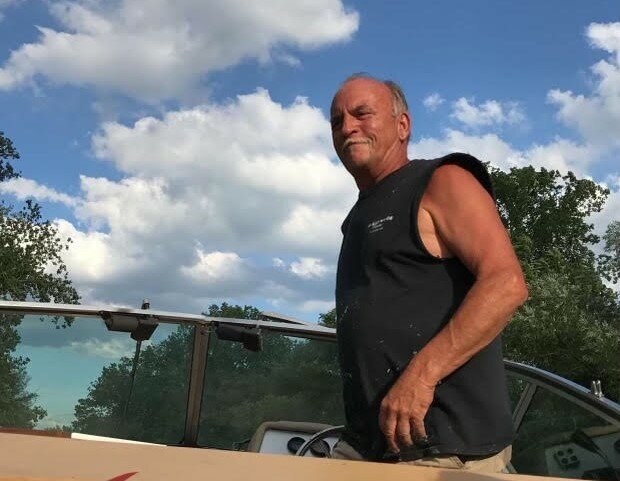 Patrick Joseph Jacobs was born April 11, 1955, in Monroe, Michigan. He was one of nine children born from the union of Sheldon and Shirley (Zimmerman) Jacobs. Patrick would attend Monroe High School and graduate with the class of 1973. After graduation Patrick joined the painter’s union and would remain as a painter for the union for nearly twenty years.

Patrick would meet and marry the former Jan Stiffler on August 23, 2013. Together, the couple would have a blended family including four children.  Family time, boat rides, and keeping up on his plants was something Patrick participated religiously, daily. Above anything, Patrick treasured his family and he never failed to make family time even while keeping himself so busy.

When Patrick wasn’t cruising the waters of Lake Erie on his boat, he could be seen with a rod in hand, to drop a line in the water, whenever he could. Pat wouldn’t let grass grow under his feet, and he never failed to keep himself busy. When Patrick would mow his grass or shovel his walkway, he couldn’t help but take care of a few of his neighbors’ lawns and driveways as well. His grandchildren was his world but Tay and Zy ( Shirley) had a special spot in his heart!! Tay was his boy as he would always say!!!!  He was known for the body work he performed on cars; Patrick even had his own 1989 Ford Mustang he painted a red that was true eye catcher. When he wasn’t working on his own car, he would often do work for people he knew. Patrick was intensely passionate about his work, to go along with his famous saying, “I can always turn an ugly duck into a swan.”

Patrick Joseph Jacobs age 66, passed away on Wednesday September 15, 2021, at 2:13pm, at his home. In addition to his passing, he is proceeded by both his parents: one brother: Michael Jacobs; and one sister: Judy Jacobs.

To send flowers to the family or plant a tree in memory of Patrick Jacobs, please visit Tribute Store
Monday
20
September

Celebration of Life for Patrick Jacobs