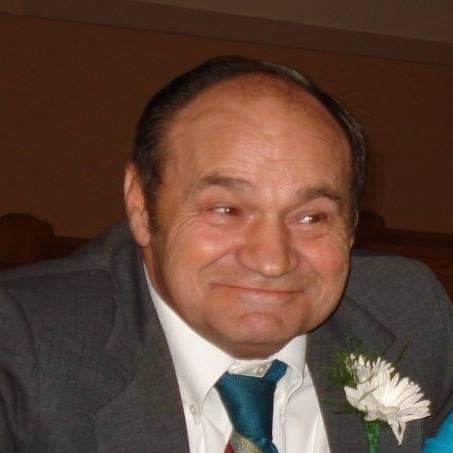 David Warren Brown was born on July 10, 1944 in Lansing, Michigan.  He was the son of Arley and Dora (Chinery) Brown.   On July 5, 1963 David married the love of his life, the former Carol Thomas.   The couple would be blessed with four beautiful children.

David supported his family employed by Summit Steel for many years manufacturing mobile homes.   Following his retirement David and Carol would move from Lansing to Harrison, Michigan.   The couple bought a home needing much work and since David wasn’t afraid to get his hand’s dirty and in fact enjoyed fixing things.   David soon took his newly purchased home down to one wall and rebuilt the home on his own.

He also loved helping others and often would mow the neighbor’s grass, or use his inquisitive mind to help wherever needed.   He liked working in his yard, hunting deer and fishing.   His family quickly learned that just one more cast, would actually require another hour.   Faith was a very big part of David’s life.

David W. Brown, age 77, of Harrison, Michigan passed away on Monday, August 2, 2021 at his daughter Katrina’s home in Samaria, Michigan.   His daughter Katrina and son-in-law:  Dale was by his side, and he had been under the care of ProMedica Monroe Hospice.   His passing was preceded by his parents; his wife of fifty-three years, Carol on November 30, 2016; his brother:  Daniel; granddaughter-in-law:  Amanda Lowrie; and his grandson:  Kristopher Brown.

A celebration of life and private burial of cremains for David and Carol will take place at a later date at Butman Township Cemetery in Gladwin, Michigan.  Arrangements have been entrusted to Merkle Funeral Service, South Monroe; 14567 South Dixie Highway Monroe, Michigan 48161 (734) 241-7070.

In lieu of flowers the family suggests memorials be made to the ProMedica Monroe Hospice.  Online guests may leave words of inspiration and comfort for the family or share a photo by visiting www.merklefs.com.

Share Your Memory of
David
Upload Your Memory View All Memories
Be the first to upload a memory!
Share A Memory