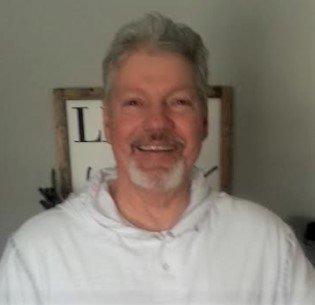 Blessed with a strong work ethic, Douglas, took employment with American Freightway for two years prior to them being acquired by Fed-Ex Freight where he would spend twenty-eight years as a truck driver.   Doug also was a member of the Laborer’s Local for ten years.   He retired in October of 2020.

He married the former, Shelly A. Ford, on June 14, 1999, and the couple having three children each blended their families together.

Doug enjoyed working with his hands.   He was a gifted handyman and woodworker building many things in his own home and even taking time to fix items in other people’s homes.   He cherished his wife, the time spent together, and the projects they completed together.

He was simple and humble, a true man of God, Doug, loved to preach and share the gospel.   He was a family man loving his children and grandchildren and was so proud of all their accomplishments.   Doug had a great sense of humor and enjoyed and appreciated a good meal.   For many years he was an avid golfer, although after he retired, he preferred the pace of fishing much better.

Douglas Wayne "Levi" Minton, age 66, of Monroe passed away at home at 7:36pm on Friday; July 23, 2021.   He had been in declining health since March of 2020 and under the care of ProMedica Monroe Hospice.   His passing was preceded by both of his parents; a stepfather:  Milton Poupard; one brother:  Danny Minton; one nephew:  Jerid McKeonne; and a grandson:  Browan Elabed.

To send flowers to the family or plant a tree in memory of Douglas Minton, please visit Tribute Store
Tuesday
27
July